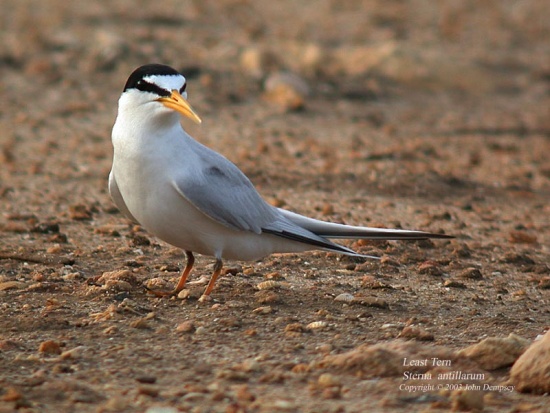 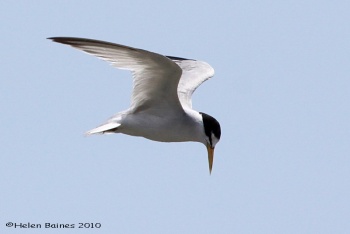 it is very noticeably smaller than other North American beach terns.

Breeds in coastal and inland North America north to California and Maine, in Central America, the Caribbean and northern South America (mainly islands off Venezuela).

Northern birds migrate, and the species is found to Brazil in winter. 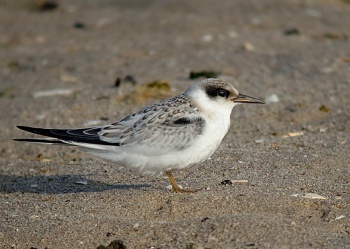 Least Tern is closely related to, and was formerly often considered conspecific with, the Little Tern S. albifrons of the Old World. Other close relatives include Yellow-billed Tern S. superciliaris and Peruvian Tern S. lorata, both from South America. In the past, all were usually included in the genus Sterna.

Breeds and winters in coastal areas, and to some extent uses inland waters such as rivers. Migrates along coasts but also more pelagic.

Mostly feeds on fish caught with plunge-dives, but can also take insects in the air.

Search for photos of Least Tern in the gallery

Search for videos of Least Tern on BirdForum TV