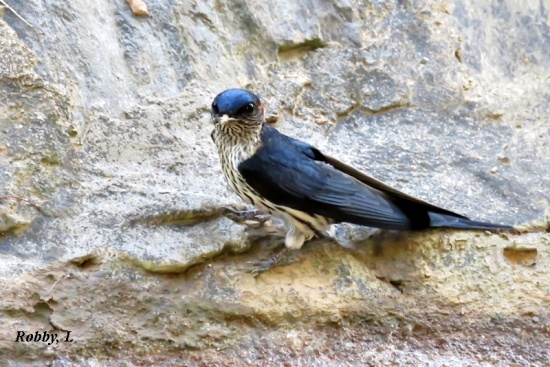 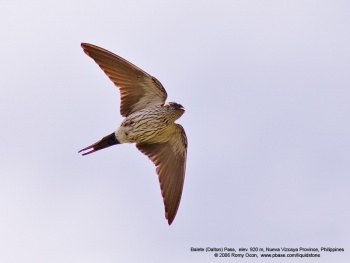 The sexes are alike
Juveniles are duller and browner, with a paler rump and shorter outer tail feathers.

There are four races[1]:

The former subspecies badia from the Malay Peninsula was split as Rufous-bellied Swallow.

Forage in open areas, often near water and towns and particularly in hills or gorges associated with water.

Bottle-shaped mud nests are built under eaves of houses, under bridges, and on the walls and roofs of caves. Breeding recorded in May and June.

The nest is made from mud and includes a long tunnel. The clutch consists of 4-5 white eggs; both adults build the nest, incubate the eggs and care for the young.

The diet consists of flying insects, cicadas and mosquitoes.

They feel alone or in small groups.

Search for photos of Striated Swallow in the BirdForum Gallery