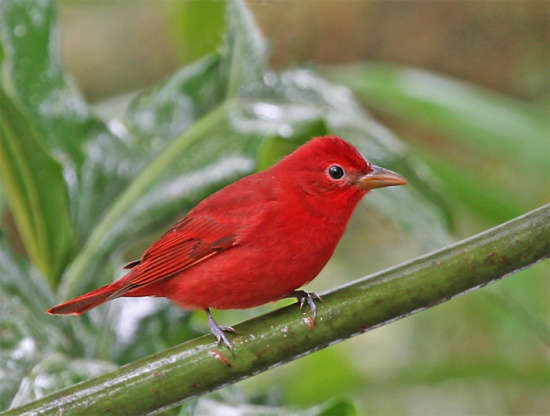 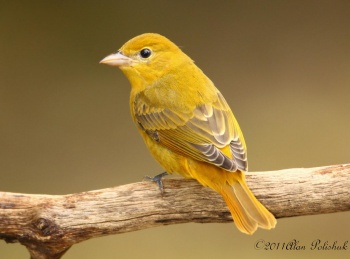 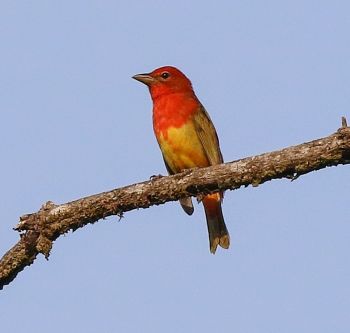 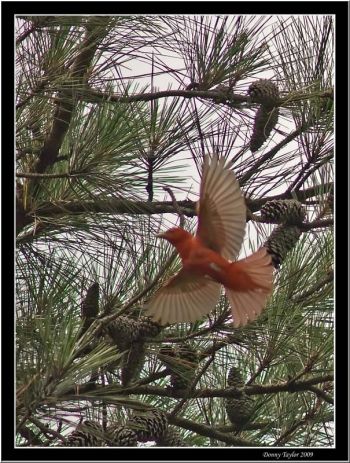 It was placed in the Thraupidae, but is more likely a relative of the cardinals.

Their diet consists mostly of bees and wasps (and their larva) which they catch in flight. After killing the adults they remove the sting by rubbing them on a branch. When all the adults are dead, they then turn their attention to the nest and destroy it to get at the grubs.

They build an open cup nest of dried grasses and other vegetation. The 3-4 pale blue to pale green eggs are marked with dark spots and blotches.

Search for photos of Summer Tanager in the gallery

Search for videos of Summer Tanager on BirdForum TV