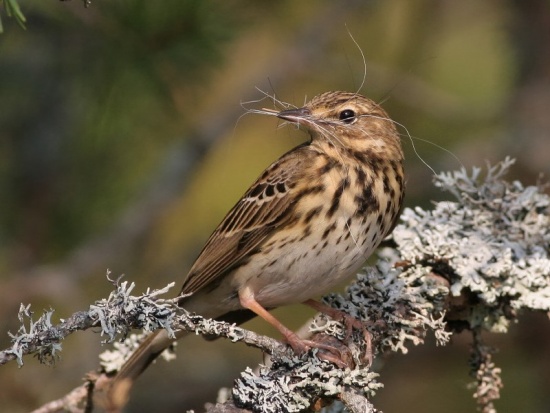 14–15 cm (5½-6 in)
The best way to identify Tree Pipits is their call, a strong buzz! Plumage-wise, tends to have a stronger face pattern than Meadow Pipit, sometimes approaching Olive-backed Pipit. The median coverts are more obviously dark with pale edges, the breast and throat is a rich buff contrasting with the white belly and undertail. Lastly and most usefully, the thick dark streaks on the flanks become much narrower down by the flanks. Less hesitant in its movements on the ground and in flight than Meadow Pipit and slightly bulkier with slimmer rear body making tail length more obvious, and slightly longer wings with narrower point. 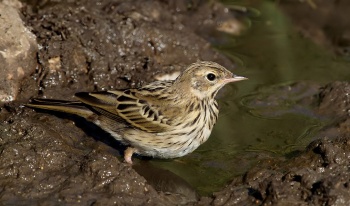 Britain, France and northern Iberia east to the Urals. Occurs over most of Scandinavia and in Russia north to the White Sea. In the south found in higher areas of Italy, the Balkans and northern Greece, the Black Sea coast of Turkey and the Caucasus. First breeding for Iceland took place in 1991.

Small numbers winter on Crete and some other Greek islands but most are present in the region from April-May until August-September. Occurs throughout southern Europe, North Africa and the Middle East on passage.

Vagrants recorded on Jan Mayen and Iceland and Madeira. Also accidental to Alaska with 3 records. 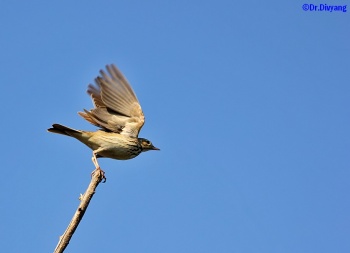 schlueteri is no longer recognized by Clements.

Requires open ground or grassland for feeding and trees for song-posts. Found on heathland and parkland, very open woodland, edges of forest and large clearings often after recent felling. On passage may occur in more treeless areas.

They nest on the ground; the clutch consisting of 4-8 eggs.

Search for photos of Tree Pipit in the BirdForum Gallery

Search for videos of Tree Pipit on BirdForum TV