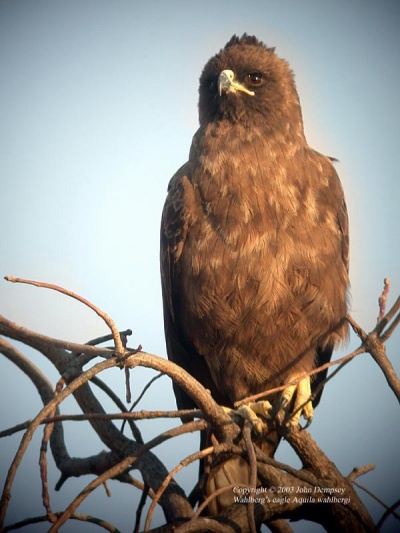 Length 53–61 cm (20¾-24 in), mass 0.85-1.5 kg, females larger than males.
Sitting, a crest should be present, but reportedly, it is surprisingly often not visible. Three colour morphs occur, pale, dark, and buff.
In flight the shape is diagnostic; the tail is seldom spread, usually appearing long, narrow and square; the wings are also long and narrow. Short but not round nostril, (relatively) small bill, dark iris. 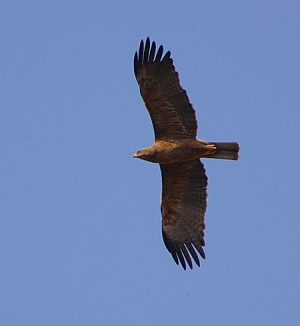 Sub-Saharan Africa. Widespread from Senegal to Sudan and Ethiopia and south to north-east Namibia, Botswana and north-east South Africa. Absent from the closed forests of Central Africa.

Southern breeders are migratory and winter to the north of the breeding range. 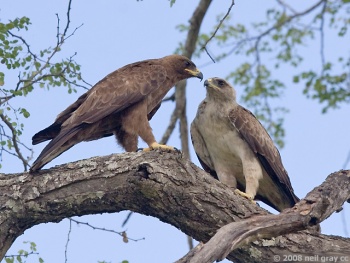 They build a stick nest in the fork of a tree or the crown of a palm tree. The clutch consists of 1-2 eggs.

Search for photos of Wahlberg's Eagle in the gallery

Search for videos of Wahlberg's Eagle on BirdForum TV