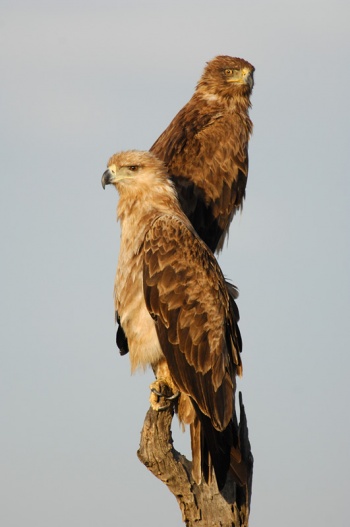 60–75 cm (23½-29½ in)
Tawny upperparts and blackish flight feathers and tail. The lower back is very pale.
Tawny Eagle has nostrils on a diagonal that is almost vertical, and the gape goes back only to mid eye. The iris is honey coloured and the bill heavy. 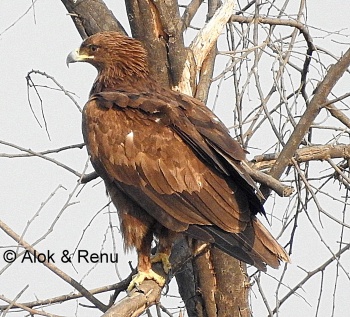 Mainly resident but has occurred further north in Morocco and as a vagrant elsewhere in North Africa east to Egypt and exceptionally also recorded in Israel. In Europe recorded in Spain and Sardinia.

Considered conspecific with Steppe Eagle A. nipalensis by some authors. 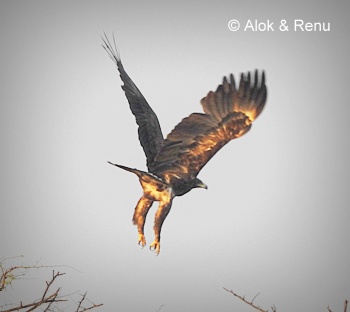 Vindhiana is sometimes included in Steppe Eagle or accepted as full species.

Their clutch contains 1–3 eggs.The nest is constructed from sticks and placed in small trees, crags, rocks and ruins, or on the ground.

Search for photos of Tawny Eagle in the gallery

Search for videos of Tawny Eagle on BirdForum TV