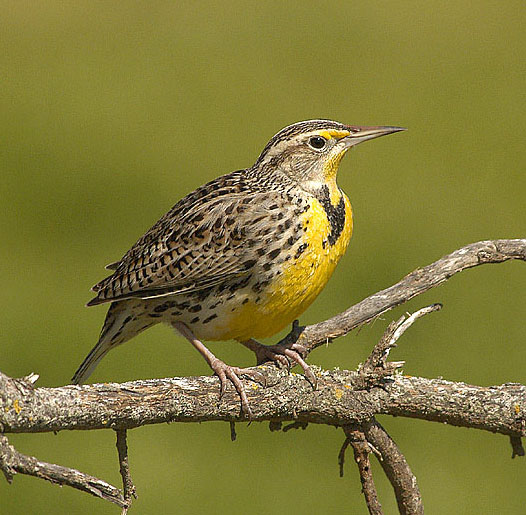 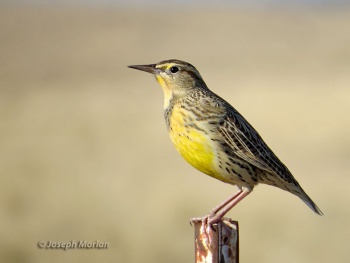 Eastern Meadowlark: difficult to distinguish the two, except by song and call notes.. The Western has a brownish mottled cheek and yellow extending into the malar area.

Western and central North America to southern Mexico. Introduced on the island of Kaua'i, Hawaii. 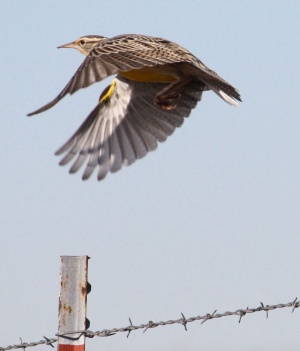 This is a polytypic species consisting of two subspecies[1]:

Often seen in cultivated fields, but are also to be found in grasslands, prairies, pastures, and abandoned fields.

Ground nesters; the nest has a roof woven from grass. There is often a second brood.

Their main diet consists of insects, such as weevils, grasshoppers and crickets. They also eat seeds and berries.

Search for photos of Western Meadowlark in the BirdForum Gallery

Search for videos of Western Meadowlark on BirdForum TV