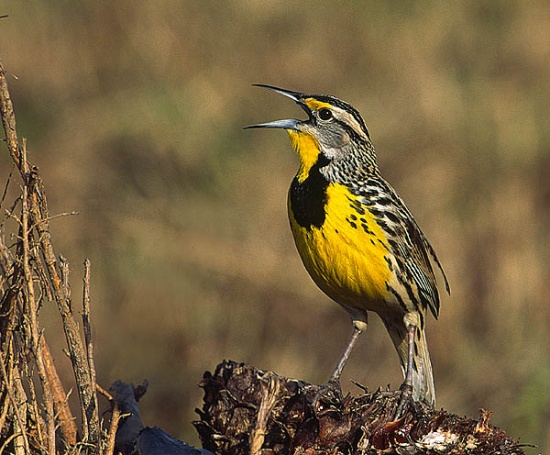 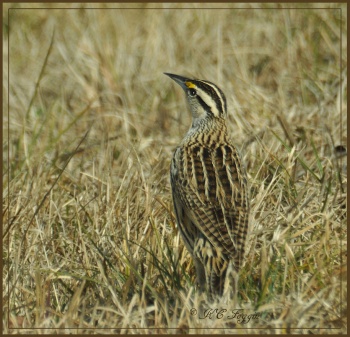 Very similar in appearance to the Western Meadowlark, but the Eastern usually has white malar instead of yellow and show more white in the tail. They are best distinguished by song. 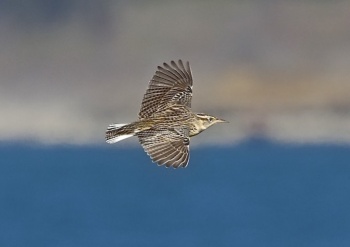 Across eastern North America to South America. The ranges of the Eastern and Western Meadowlarks overlap across the center of the continent. These birds are permanent residents throughout much of their range. Northern birds migrate to the southern parts of the range. 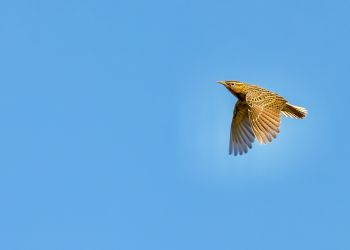 The pale southwestern desert form, S. m. lilianae, was split by Sibley and Monroe as Lilian's Meadowlark. This split has not been accepted by subsequent authorities (AOU, Clements, Howard and Moore) but has been accepted in Handbook of Birds of the World[2]. If accepted, it is uncertain which subspecies should in included with liliana: at least auropectoralis and possibly others found mostly in Mexico. 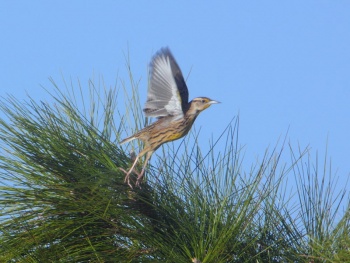 This is a polytypic species consisting of 17 subspecies[1]

Their breeding habitat is grasslands and prairie, also pastures and hay fields.

These birds forage on the ground or in low vegetation, sometimes probing with its bill.

They mainly eat insects, but also seeds and berries. In winter, they often feed in flocks.

The nest is on the ground, covered with a roof woven from grasses. There may be more than one nesting female in a male's territory.

Search for photos of Eastern Meadowlark in the gallery