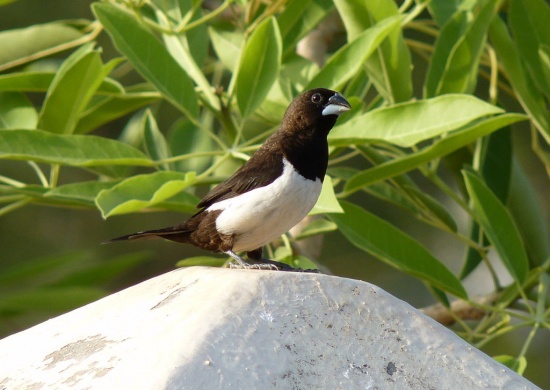 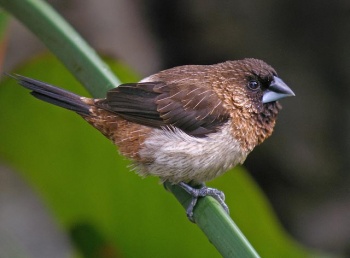 The sexes are similar, but with some subspecific variation; in L. s. acuticauda: paler brown upperparts and breast, and buff underparts and only the rump is white.

Tropical southern Asia to southern China and South-east Asia. This species was introduced to Japan. 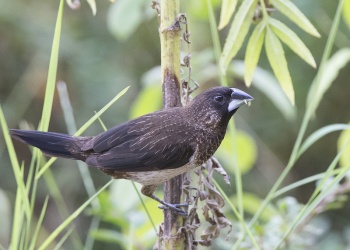 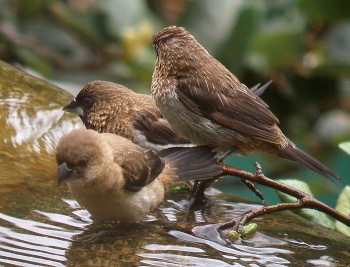 The diet consists mostly of seeds.

The nest is a large dome constructed in a tree or bush. The clutch consists of 3-8 white eggs.

Search for photos of White-rumped Munia in the BirdForum Gallery

Search for videos of White-rumped Munia on BirdForum TV