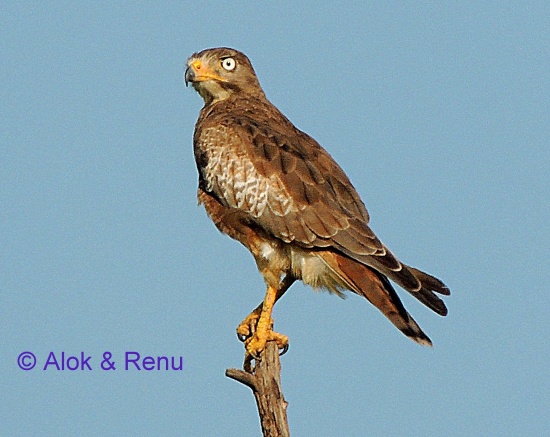 Silhouette, of the rounded wings reminiscent of the Shikra. 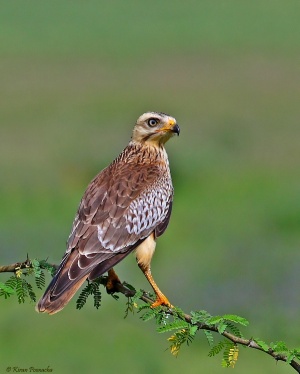 Dry, open woodland and scrub, occurring up to 1200m in the Himalayas.

Perches on dry trees, telegraph posts, etc., and swoops down on its prey.

The diet consists of small mammals, locusts, grasshoppers, crickets and other large insects as well as mice, lizards, crabs and frogs.

The breeding season runs from February to June. Both sexes build a loose, unlined cup of twigs in the fork of a thickly foliaged tree. The clutch consists of 3 greenish-white eggs which is incubated by the female. Both parents feed the young.

Basically a resident species with some local movements.

Call: A plaintive mewing, usually uttered when pairs soar in circles high up in the air. 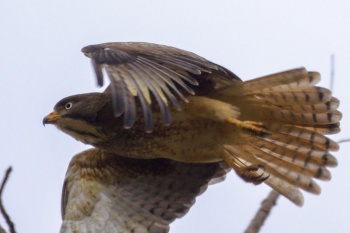 Search for photos of White-eyed Buzzard in the gallery

Search for videos of White-eyed Buzzard on BirdForum TV