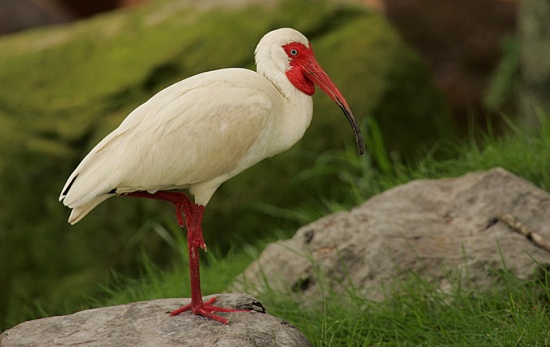 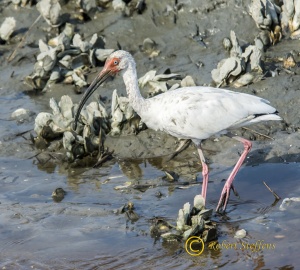 Juveniles differ from the Glossy and White-faced Ibises by white underparts and rumps. 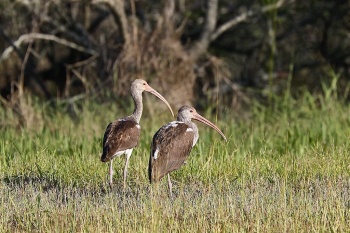 This bird hybridizes with the Scarlet Ibis, and they are sometimes considered conspecific. 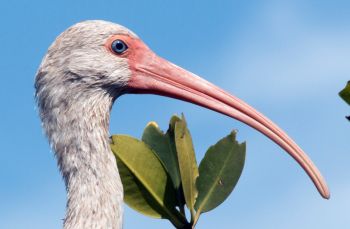 Their favoured habitat is marshy wetlands and coastal pools. They also occur on mowed grass and have become common in some city parks.

In flight the neck and legs are outstretched and are often seen in long, loose lines.

Monogomous and colonial, usually nesting in mixed colonies with other wading species.
They builds a stick nest in trees, bushes, or over water. The clutch consists of 2 to 5 eggs.

They use the long, curved bill to probe in mud for a variety of fish, frogs and insects.

Call: the male advertises his presence with a hunk-hunk-hunk-hunk. The female squeals.
The birds often give a soft, grunting croo, croo, croo when foraging.

Search for photos of White Ibis in the gallery

Search for videos of White Ibis on BirdForum TV