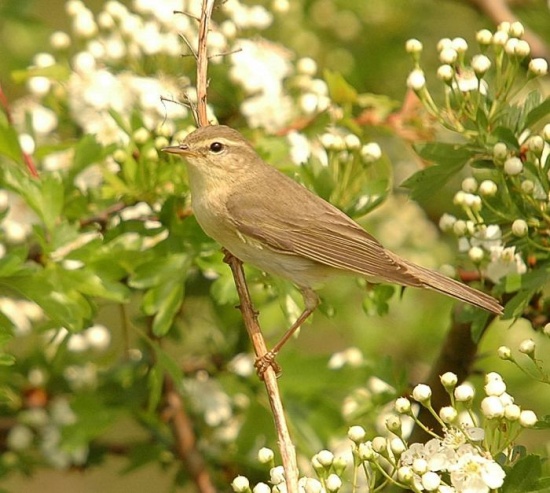 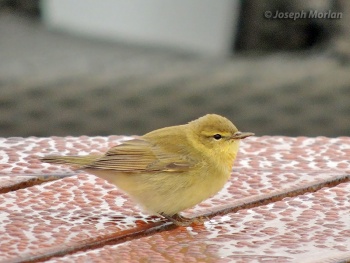 See this discussion thread for differences between Common Chiffchaff and Willow Warbler.

Widespread and abundant in the northern half of Europe and western Asia, scarcer towards northeastern Asia.

Breeds throughout the British Isles, Scandinavia and northern Russia south to central and south-east France, Switzerland and Austria, northern parts of Hungary and Romania, and east between about 50°N and 68°N across Russia.

Arrives on the breeding areas mainly in April (late March in the south, May or even June in the far northeast), returning south in August-September, passage continuing until October, wintering in sub-Saharan Africa. Abundant on passage over most of Europe, the Middle East and North Africa. Birds from the far east of Siberia migrate over 15,000 km to winter in South Africa; in proportion to its size (125 million body lengths!), the longest migration of any bird.

Vagrants recorded on Iceland, the Azores and Cape Verde Islands, and in Alaska. 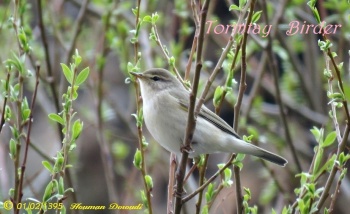 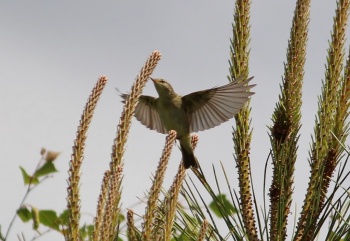 Open deciduous woodland, bushy areas, parks and gardens. Also in mixed forest and young conifer plantations, hedgerows and shelterbelts. On passage occurs in all types of habitat with trees and bushes.

The diet includes small insects and spiders and fruit and berries.

The domed nest has a side entrance and is formed from grass, rotten wood, moss and roots, lined with feathers. It is placed on the ground amongst shrubs or long grass. The clutch consists of 3-9 smooth, glossy white eggs, speckled reddish-brown. The female incubates for around 13 days. Both adults feed the young, which fledge after about 13-16 days.

Search for photos of Willow Warbler in the gallery

Search for videos of Willow Warbler on BirdForum TV