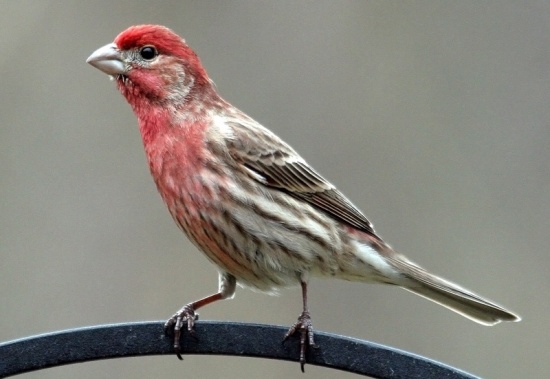 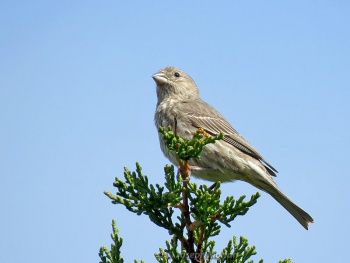 Male Purple Finch and Cassin's Finch lack brown flank streaking and have a shorter more notched tail. Females of both have pale eyebrow and malar lacking in female House Finch. 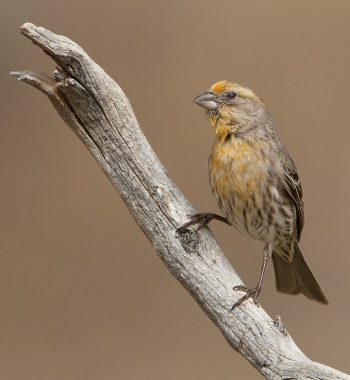 In north-west Mexico is a region where House Finch males are extensively red and with much less brownish streaking on the underside[2] (probably subspecies ruberrimus). 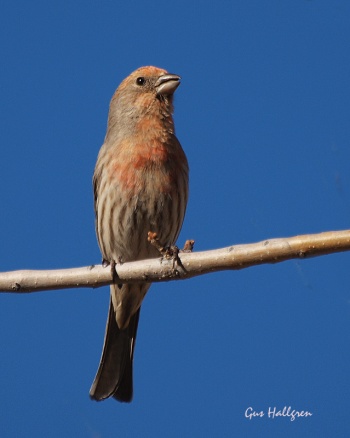 This is a polytypic species consisting of twelve subspecies[1]: 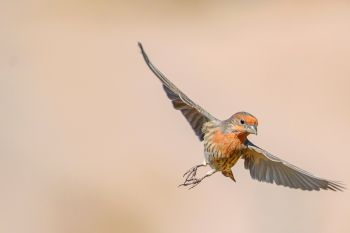 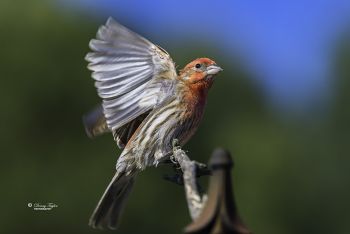 Frequently seen sitting high up on utility wires or other exposed perches.

A tightly woven, compact nest is made and set in a bush, thicket, natural cavity, or on a building. The clutch contains 3-5 bluish, lightly streaked or spotted eggs.

Diet consists mainly of seeds, buds and fruit, with the addition of some insects.

Male sings throughout the year (except during moult, from late July to October). Song may be given in flight or from perch; an unstructured jumble, higher-pitched than Purple Finch or Cassin's Finch and and concluding with a distinct down-slurred note. Female may give a simpler version of song. Common call is a cheep or cheet, often given in flight. Also a sharp chirp, recalling House Sparrow. 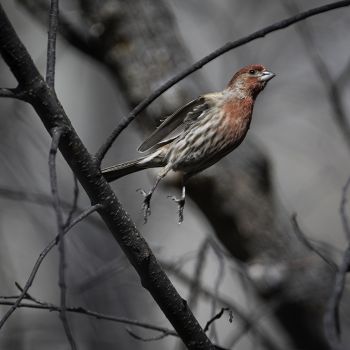 Resident, migratory and dispersive. Prior to 1945 those in western part of range occupied breeding areas between late March/early April and September with altitudinal movements to lower levels and plains; sometimes irruptive, wandering throughout range south to Texas and Mexico. Breeders in the northeast part of range move longer distances south & southwest the southern parts of their breeding range. Banding studies show adult females move longer distances on average than males. Most movements diurnal and determined by the availability of food.

Search for photos of House Finch in the gallery