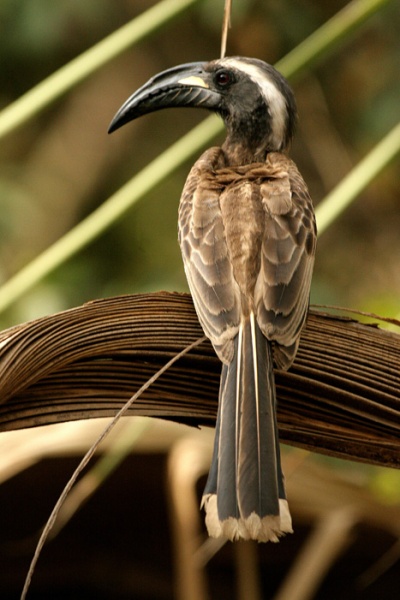 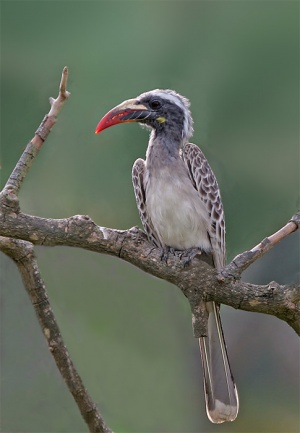 Formerly placed in the genus Tockus. 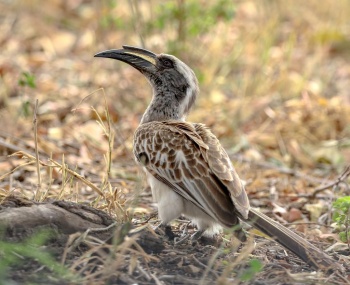 Their clutch contains 2-4 white eggs which are laid in a tree hollow; this is blocked off during incubation with a cement made of mud, droppings and fruit pulp. There is only one narrow aperture, just big enough for the male to transfer food to the mother and the chicks. When the young and the female are too big to fit in the nest, the mother breaks out and rebuilds the wall, then both adults feed the young. 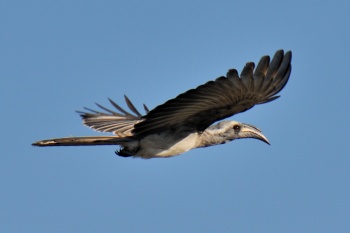 Generally unobtrusive, they are inclined to call at sunrise, emitting a series of shrill piping whistles which varies in speed but often rises to a crescendo with the bird's head is thrown back the whole body trembling with the effort.

Search for photos of African Grey Hornbill in the gallery

Search for videos of African Grey Hornbill on BirdForum TV