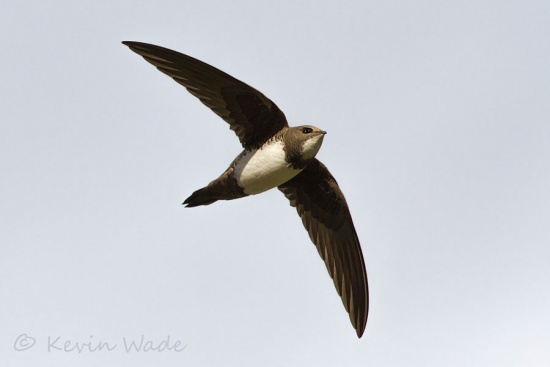 Widespread and fairly common around the Mediterranean. Breeds in much of Spain, particularly the north and east, the Balearics and parts of coastal Portugal, southern France and the Alps, Corsica, Sardinia, Sicily and much of Italy. Also found through much of the western Balkans but patchily in the east, on Crete, many other Greek islands and Cyprus. Widespread in Turkey, the Caucasus and Crimea and breeds locally in the Middle East and in at scattered sites across North-West Africa.


Beyond Western Palearctic range extends across southern Asia from Arabia to the Himalayas, India and Sri Lanka, and also occurs in eastern and southern Africa and Madagascar.


Annually recorded north to British Isles (c.480 records), mainly on east and south coasts in March-November with peaks in May-June and September-October. Vagrants also recorded in Iceland and Scandinavia and most northern European countries, west to Madeira and east to Iraq.

Occurs in mountains, sea-cliffs and inland gorges, also urban areas. Breeds on tall buildings and crevices in cliff faces, feeds over virtually any kind of country.

Build their nests in colonies in a suitable cliff hole or cave, laying 2-3 eggs. A swift will return to the same site year after year, rebuilding its nest when necessary. These birds pair for life.

Young swifts in the nest can drop their body temperature and become torpid if bad weather prevents their parents from catching insects nearby.

Alpine Swifts spend most of their lives in the air, living on the insects they catch in their beaks. They drink on the wing, but roost on vertical cliffs or walls.

Search for photos of Alpine Swift in the gallery

Search for videos of Alpine Swift on BirdForum TV