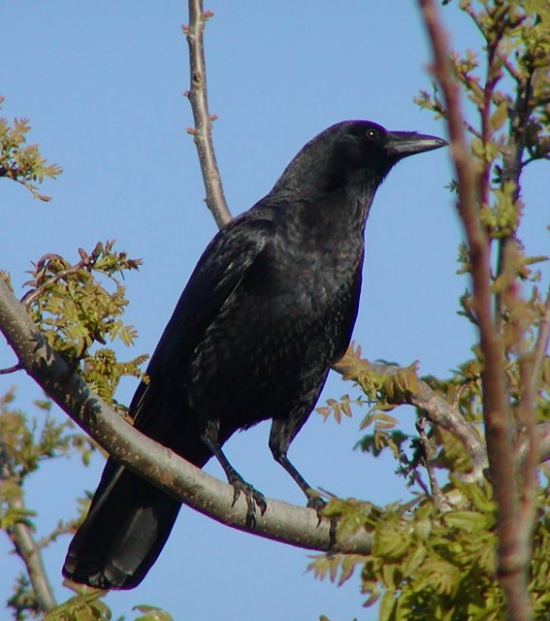 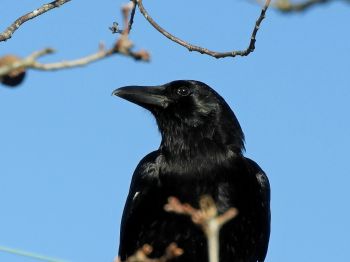 Breeds from Alaska, central interior Canada, and Newfoundland south to southern California, Gulf Coast, and Florida. Winters north to southern Canada. There is an introduced population in Bermuda.
Common in most of its range. 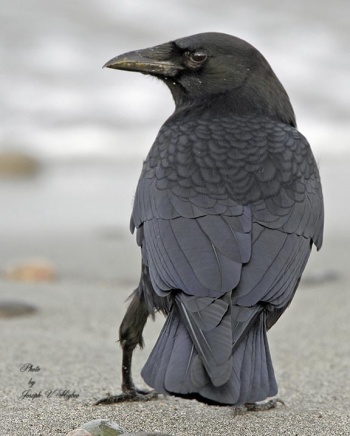 Paulus is not accepted by all authorities. Northwestern Crow formerly considered a separate species (C. caurinus) is now treated as a subspecies of this species. Closely related with Carrion Crow. 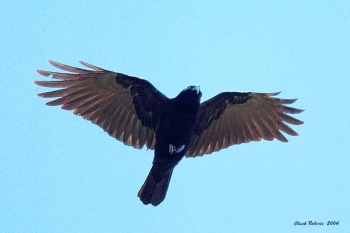 Deciduous growth along rivers and streams; orchards and city parks. Also mixed and coniferous woods, but avoids closed coniferous forests and desert expanses. Gathers in large flocks in fields in spring and fall.

Its nest-plundering is decried, but in orchards and fields it destroys many injurious insects such as grasshoppers and cutworms. However, the labeling of birds as either "harmful" or "useful" is misleading and antiquated. Crows do destroy many eggs and nestlings of woodland and meadow birds, but they also weed out the weak and feeble, and they alert the animals in a neighborhood when danger approaches.

4-6 dull green eggs, spotted with dark brown, in a large mass of twigs and sticks lined with feathers, grass, and rootlets, and placed in a tree. Intelligent, wary, virtually omnivorous, and with a high reproductive capacity, the American Crow is undoubtedly much more numerous than it was before the arrival of settlers.

An opportunist in its feeding, the American Crow consumes a great variety of plant and animal food: seeds, garbage, insects, mice.