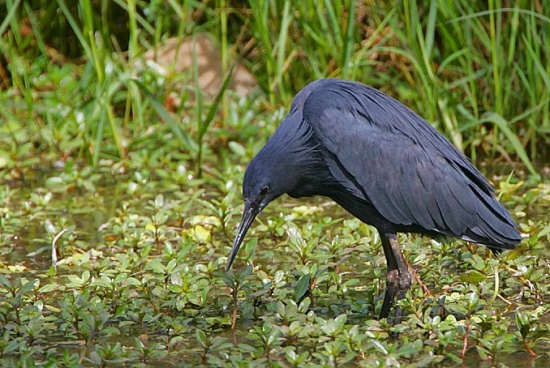 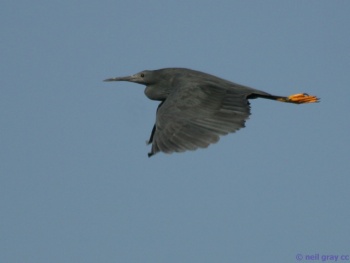 Sub-Saharan Africa: breeds widely but discontinuously from Senegal to Sudan and south, mainly through the eastern half of the continent, to South Africa.

Probably dispersive rather than migratory, perhaps nomadic in response to rains in some areas. 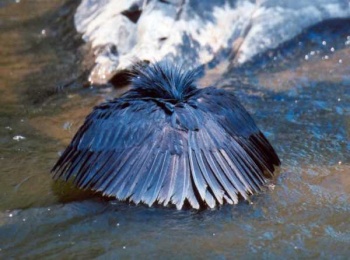 This bird has a distinctive hunting method. It forms an umbrella with its wings and catches the fish which are drawn to the shade.

The two to four blue eggs are laid in a twig nest which is placed in a tree, bush or reed bed.

Search for photos of Black Heron in the gallery