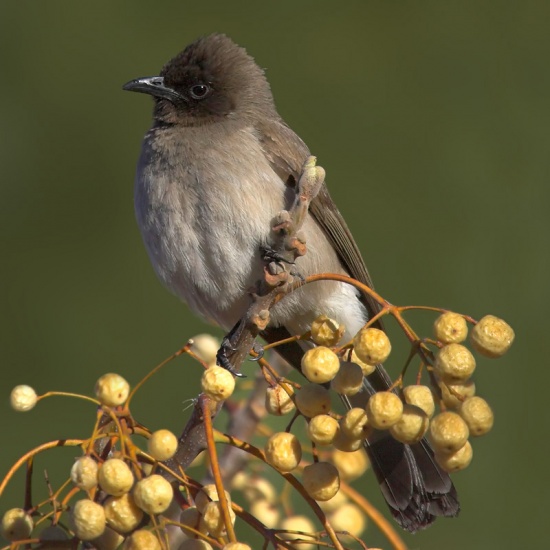 The only Pycnonotus bulbul in most of its range and therefore generally easily identified. 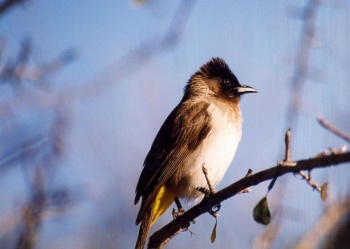 Sibley and Monroe propose to split this species into 4 species:

However, neither Howard and Moore nor Clements accept this split, neither does the Handbook of the Birds of the World.
This split is mainly based on morphology, especially in colour of vent (whitish or yellow), presence/absence of a white patch on the auriculars, and exact chest pattern. They interbreed widely at most localities where they meet. 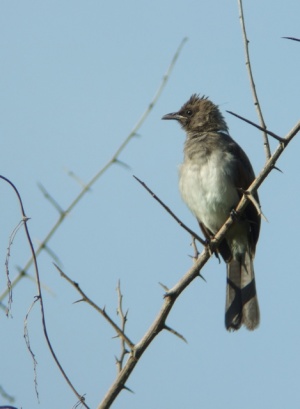 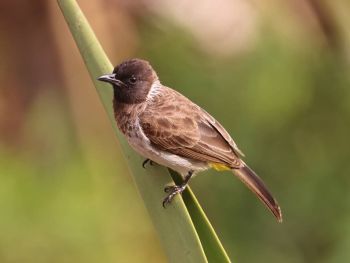 Virtually any habitat with some fruiting trees, but they generally avoid dense forest. They are common where the forest has been fragmented by human settlement and is in the first stages of regeneration.

An adaptable and very bold bird which readily adapts to life alongside humans.

Breeding times vary with location, but are generally March to September in North African locations, e.g. March-August in Egypt. In the central and southern countries of Africa, the range is July to April, e.g. August-March in Botswana.

The birds are monogamous, solitary nesters. The cup nest (7.5-12 cm in diameter and 5-6 cm deep) is built by the female, from small twigs, rootlets and dry grass and lined with animal hair and plant fibres. It is built on twigs or a branch 1-5 m above the ground, often close to human activity, but screened by vegetation.

2-5 eggs are laid, 1 a day, and incubation begins on completion of the clutch. Male feeds female on the nest during incubation, which is 12-15 days. The young are fed by both parents, fledging in 13-16 days. They can barely fly so they keep together on a branch where the parents continue to feed them, until they can fend for themselves.

Brood parasitism by Jacobin Cuckoo is frequent, with occasional activity from 3 or 4 other species of cuckoo.

The diet consists mostly of a variety of fruit. They also eat insects, arthropods, small vertebrates such as geckoes, nectar, flowers and some seeds.

Search for photos of Common Bulbul in the gallery