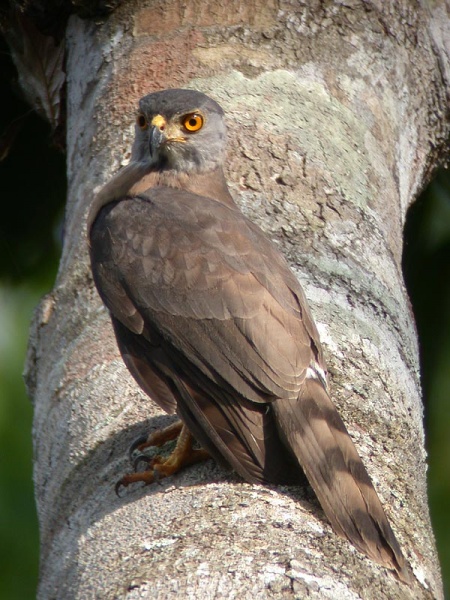 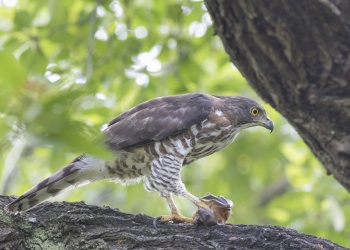 Besra: which is smaller and lacks the crest.

Southern Asia: breeds in western India and Sri Lanka and from north-east India and the Himalayas east to south-central and southern China and Taiwan, south to the Malay Peninsula. Also occurs on Sumatra, Java, Borneo and the southern Philippine islands of Palawan, Negros, Leyte, Samar and Mindanao as well as numerous smaller islands. Resident. 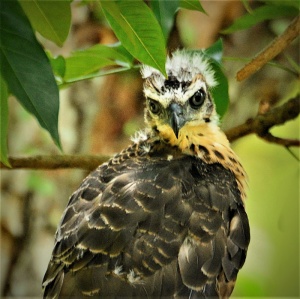 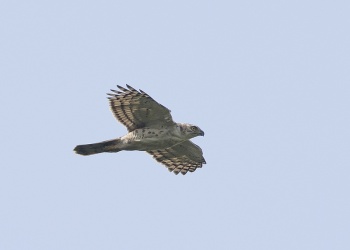 Typical goshawk action of flap, flap, glide. A woodland specialist which relies on surprise to ambush its prey.

Their diet consists of large insects, small mammals, reptiles; such as lizards and frogs, and birds.

Mostly quiet. Screams when defending nest.
Call is a screamed he, he, hehehehe

Search for photos of Crested Goshawk in the gallery

Search for videos of Crested Goshawk on BirdForum TV