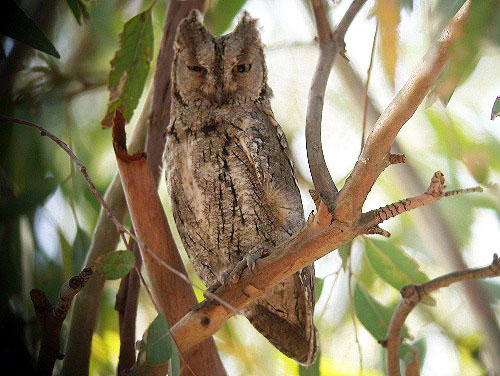 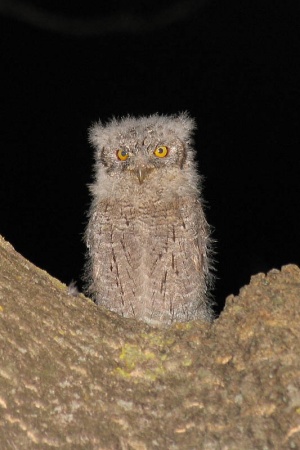 16–20 cm (6¼-7¾ in)
Small, eared owl with yellow eyes.
Plumage is a grey-buff intricately marked with black, which provides excellent camouflage against tree bark when roosting.

Subspecies cycladum may be included in nominate form.

Open or semi-open woodland, parks, plantations etc. Winters on savannah. Usually not conifers except in parts of Russian range.

Nests in tree-holes and in cavities in rocks and walls.

Mainly insects and other invertebrates but also small lizards, frogs and small mammals.

Search for photos of Eurasian Scops Owl in the gallery