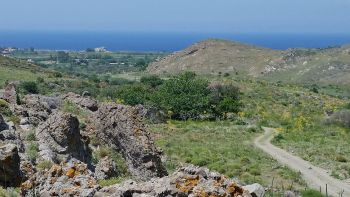 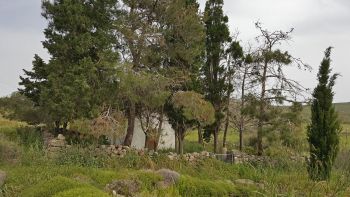 Within the coastline, a visitor to Lesvos could encounter a number of waterways along with a rich and varied habitat and forests both live and petrified as well as volcanic mountains and hot springs. With this comes a mild Mediterranean climate giving it's visitors a very good opportunity to take in it's villages and the natural offerings of the island.

Lesvos/Lesbos, with Mytilini as it's capital, is the third largest of the islands of Greece, second only to Crete and Evia. [3][4] 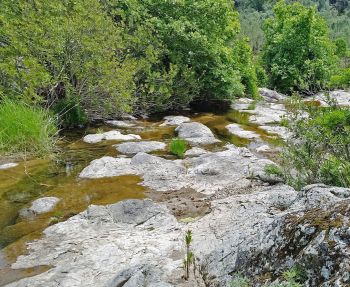 Birding here varies, with the season it happens to be playing a large part. It's been said spring is the best, but that's not to rule out other seasons with people coming during other seasons and when a visitor can get the opportunity.

In early winter, as the weather cools, rainfall increases, and water flow increases species such as the Pygmy Cormorant might make an appearance around the coast with numbers of Great Cormorant increasing.

Come January and February, the latter portion of winter, it's the coldest, but in mid-February the temperature gets warmer and with the wetlands having water, numbers there increase. But not ever reaching large counts.

Summer in June to August is hotter and drier. Migration slows down with the rise in temperature but can be a good time for groups of Sombre Tit and Western Rock Nuthatch.

Autumn's weather might see a slight drop in temperature in September, but winds from the north will help. October, while still warm, will be cooling some by the end of the month. It's a better time for birders to visit with good chances of sighting raptors and storks. Goshawk will peak during this time and species of White Pelican begin to show up with the potential of sighting large numbers. [4]

With this consider the 343 species that have been reported as having been sighted here coupled with the 15 globally threatened species, approximately 90 species recorded as rare/accidental[1], and the approximately 50 eBird Hotspots[2] on the island you will begin to get a good grasp of the birding potential Lesvos/Lesbos has to offer. 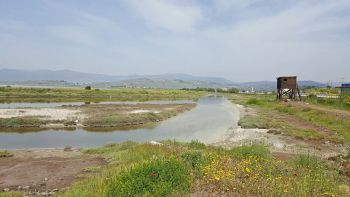 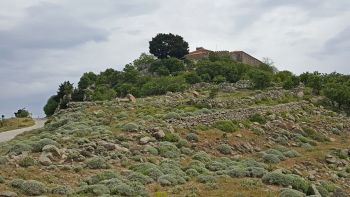 Lesvos is in the midst of one of the most historic areas imaginable. This is, after all, Greece. This country has figured into all sorts of historical accounts from extremely early times. Philosophers, writers, and people of all sorts of other disciplines have called the area of Greece home.

There are too many interesting things and places here to choose just a few. But, from a purely birding standpoint, the numerous eBird Hotspots on the island have to take a prominent place when planning "what-to-do" on Lesvos/Lesbos.

Methods of travel to, and around, the area are widely varied. Airlines, cruise ships will get you here. Ferries will get you from one island to another, busses and taxis after you get to the island. Plan your trip and then decide how you want to get around after you arrive.

Search for photos of Lesvos in the gallery

Search for photos of Lesvos in the gallery

Search for videos of Lesvos on BirdForum TV

Search for videos of Lesvos on BirdForum TV