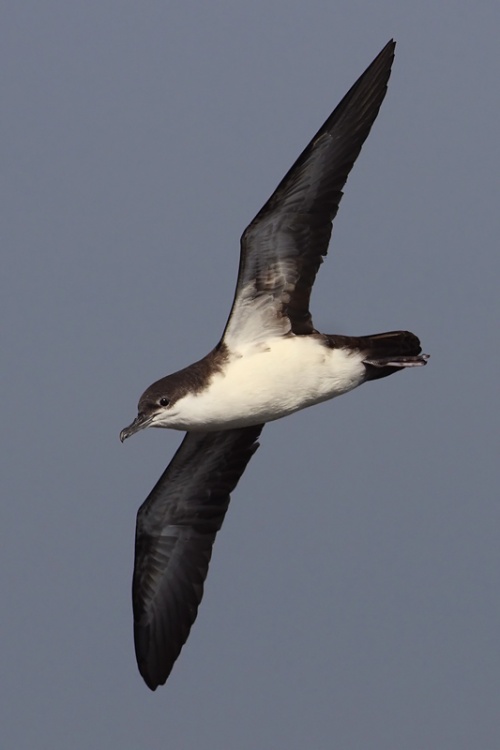 It's a slender-bodied shearwater, about 29 to 31 cm in length and a wingspan of 63 cm. 123 to 225 g in weight.
Has dark brown upperparts, undertail and partial underwing. The rest of the underparts is white. Sometimes, the underwings have a dark mottling that may be complete. Both sexes and juvenile after fledging are alike.

Breeds on the Galapagos Islands.
Largely sedentary, although individuals are commonly seen as far as the Oaxacan coast of Mexico. 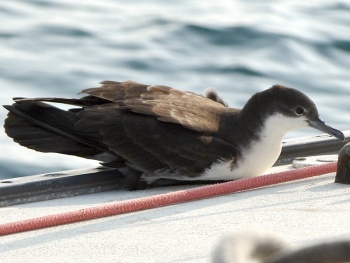 It's still considered to be a subspecies of Audubon's Shearwater by some authorities.

It is a colonial breeder, nesting in small burrows and crevices in rocks. One egg is laid and incubated by both parents for 50; the young fledge 70 days later. At least in some populations, the adults visit the burrows during the day, opposite many other Shearwaters.

The Galapagos shearwater is a gregarious species and will feed at sea with other shearwaters and boobies. It flies low over the water and feeds on squid, fish and offal

Search for photos of Galapagos Shearwater in the gallery