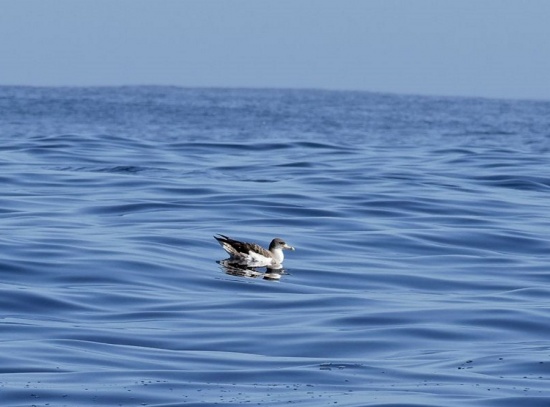 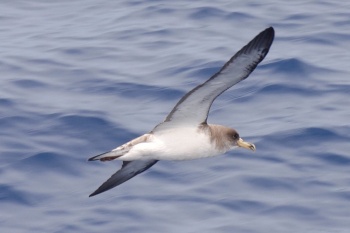 Variation: the two subspecies differ slightly in plumage, with C. d. diomedea showing a little less black in the hand of the underwing due to white inner webs on the primaries, slightly smaller bill which is a little paler, overall slightly paler; the lesser overall size is not noticeable in the field. The average difference between these two forms is difficult to use because of much individual variation. More identification discussion in reference 6[6]. 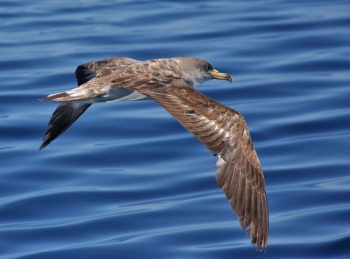 Breeds on Atlantic islands between 28°N and 40°N, on the coast in Iberia, and on islands in the Mediterranean Sea. Post-breeding dispersal takes especially birds of subspecies borealis north of the breeding range, for example to northern Europe and to western Atlantic. Winter is spent at sea, most birds migrate to the south Atlantic and the southwest Indian Ocean. 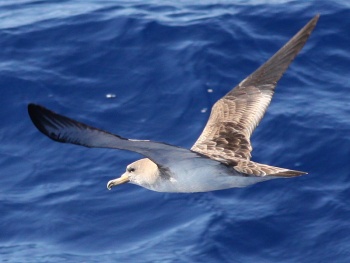 Two subspecies are accepted by Clements,[1] treated as distinct species by most other authorities.[2][3]

The diet includes molluscs and fish.

Search for photos of Cory's Shearwater in the gallery