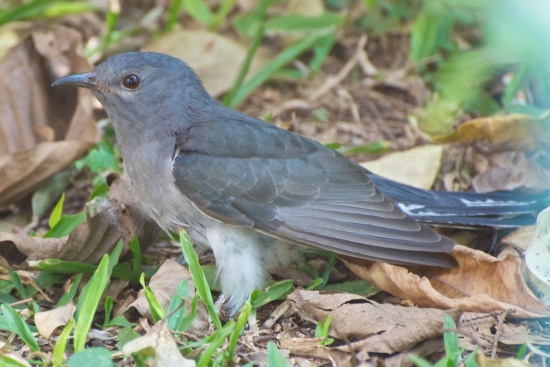 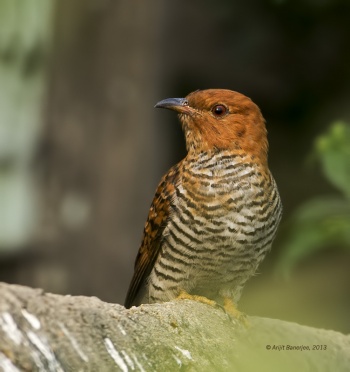 Non-hepatic females are rare. They are duller than males and browner.

From the Himalayas of N Pakistan and N India to Nepal, Bhutan and maybe Assam. Also south through peninsular India.

Winters in Sri Lanka and the Maldives

Sometimes considered conspecific with Plaintive Cuckoo Cacomantis merulinus. The song of both species is very similar, juveniles look the same and their host species are the same too. The split bases on reported sympatry in NE India.

Breeds from June to September. Like many other cuckoos this species is a brood-parasitic.

Sings from treetops, frequently changing position and tree. Sings at night and in dim weather at day. Silent in winter.

Search for photos of Grey-bellied Cuckoo in the gallery

Search for videos of Grey-bellied Cuckoo on BirdForum TV