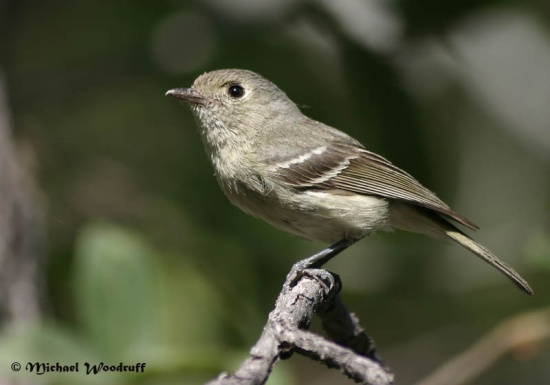 4 in. Olive-grey upperparts and yellow underparts. Eye ring is white and broken above eye. Undertail coverts are white. Wings are dark with two white bars. Sexes are similar.

Often mistaken for the Ruby-crowned Kinglet, but note the black feet and slightly larger size of the vireo.

There are two recognized groups of subspecies: the Pacific group has 8 subspecies and the Interior group has 5 subspecies.[1] Recent DNA evidence may lead to a split of these groups into separate species.[2].

Search for photos of Hutton's Vireo in the gallery

Search for photos of Hutton's Vireo in the gallery