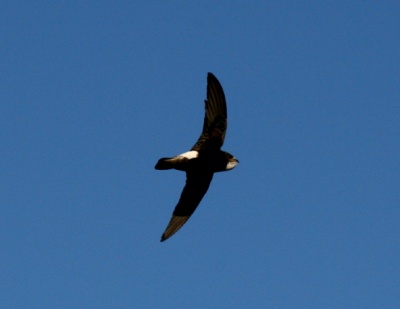 Africa and Asia
In Africa south of the Sahara, locally also Northern Africa. In the Middle East in Israel and Turkey. From there east to Iran, Pakistan and India.
Common in sub-Saharan Africa and India.

Local and scarce in the rest of its range. Not globally threatened.

Also occurs on European side of the Gibraltar Strait per BF members observations.

The 1-4 eggs are laid in nests built in colonies on cliffs, buildings and bridges.

Search for photos of Little Swift in the gallery