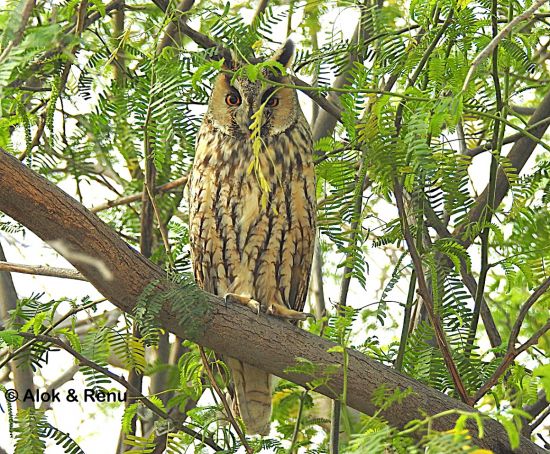 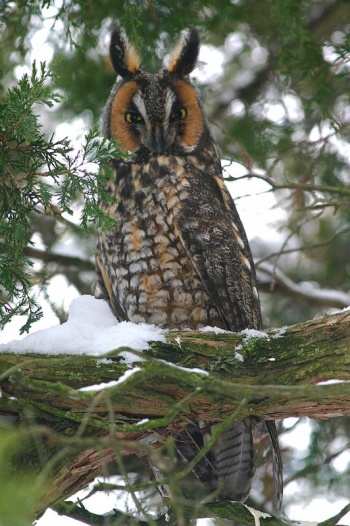 When seen close to it can look surprisingly cat-like.

Occurs across Europe, Asia and North America, widespread and fairly common over much of the Western Palearctic.

Breeds in Britain and Ireland, and from Iberia east to the Urals and Caspian, north to central Norway coast and head of the Gulf of Bothnia. Found south to the north Mediterranean coast from southern Spain to Greece and breeds on Balearics and at a few scattered sites in Turkey. Also breeds in the Azores and Canary Islands and rarely in North-West Africa. First breeding record for Egypt in 1987 and may breed at scattered sites in the Middle East.

Northern birds are mainly migratory, leaving breeding areas in October-November to winter in western and southern Europe, and returning in March-May, those further south are resident with some dispersal of young birds.

Vagrants recorded on Svalbard, Bear Island, Iceland and the Faroes to the north, and to the south in Kuwait and Iraq. 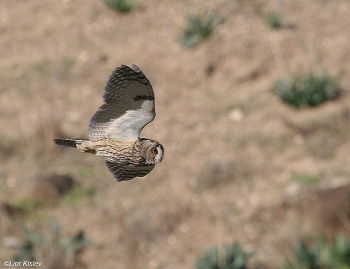 There are four recognised subspecies[1]:

Migrates in winter (example: to United Kingdom from Scandinavia). Sometimes forms large, communal roosts during daytime in autumn and winter

Diet is mainly voles and small rodents. They are also known to eat small birds.

It nests in old nest of other birds.

Search for photos of Long-eared Owl in the gallery

Search the Gallery for videos of Long-eared Owl:

Search for photos of Long-eared Owl in the gallery