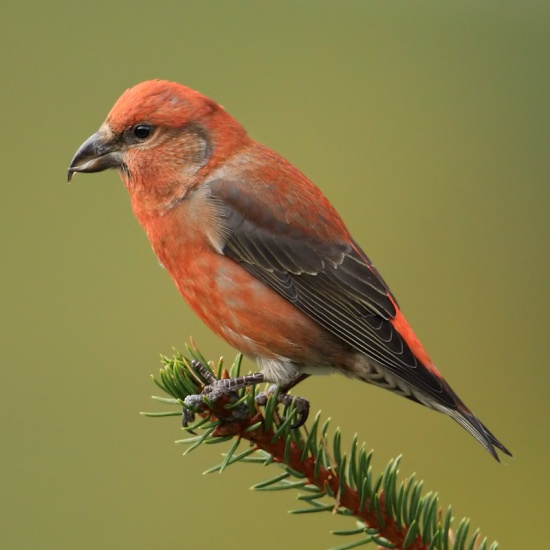 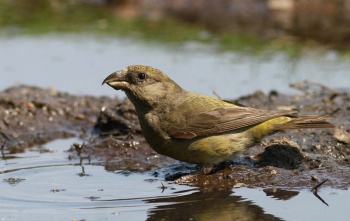 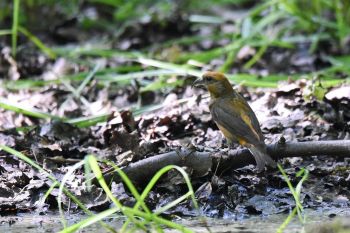 Throughout most of the Northern Hemisphere, almost wherever substantial conifer forests occur.

In the Old World, more-or-less continuous from Scotland east to the Pacific coast of Russia, with more isolated populations south to northwest Africa, the Mediterranean islands, Turkey, the Himalaya, southern Vietnam, and Taiwan.

In North America, from southern Alaska, Manitoba, Quebec, and Newfoundland, south in the west to northern Nicaragua, and in eastern United States to Wisconsin and North Carolina (in mountains). Small numbers winter irregularly south to the Gulf coast. 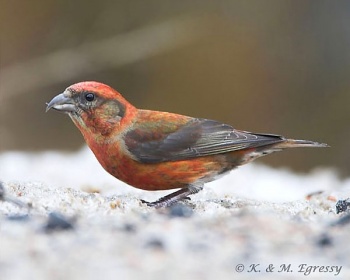 Crossbill taxonomy is complex, and the validity of several of the taxa is disputed; several additional un-named taxa (particularly within L. c. curvirostra, where seven different call type groups have been noted in western Europe alone[1]) have also been suggested on the basis of differing call types. Scottish Crossbill probably also belongs as a subspecies here, though currently usually treated as a distinct species. At the other extreme, it has been suggested that all of the taxa could be considered as separate species.

Most of the taxa have strong associations with feeding on particular conifer species; the quip has been made - not without good justification - that "For North American crossbill ID, perhaps the best field guide is The Sibley Guide to Trees"[2]. However, all will readily shift to other conifer species in the event of a crop failure in their preferred species, though their feeding efficiency will be lower when doing so (which may prevent successful breeding while 'surviving' on the 'wrong' conifer).

The current subspecies listing (Clements[3] & IOC[4]) does not fully match call types, with many of the named subspecies being of uncertain application as they were described with no call information before the importance of calls was known[5]. There is a further mismatch in genetics, where only two groups are distinguishable, Old World (including Scottish Crossbill L. scotica and Parrot Crossbill L. pytyopsittacus‎!) and New World (including Cassia Crossbill L. sinesciuris)[6]. A treatment using genetic data would lead to a split into Common Crossbil L. curvirostra in the Old World, and Red Crossbill L. minor in the New World.

Cassia Crossbill L. sinesciuris[7] was formerly included in this species. 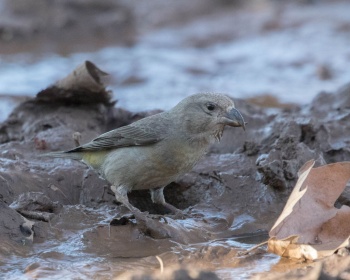 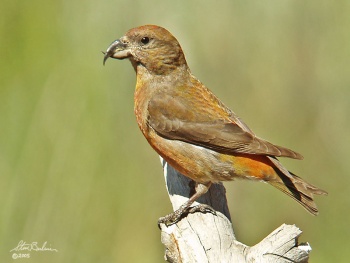 Coniferous forests, with a preference for spruce Picea in most areas, but pine Pinus in the case of several subspecies, particularly those to the south of the species' main range where spruces do not occur.

They primarily eat the seeds of conifers, extracted from the cones by twisting their bill tips between the scales; cones in the range 3-14 cm long are preferred. Other less important foods include insects and the buds and seeds of many shrubs and trees.

Search for photos of Red Crossbill in the gallery

Search Gallery for videos of this species:

Search for photos of Red Crossbill in the gallery