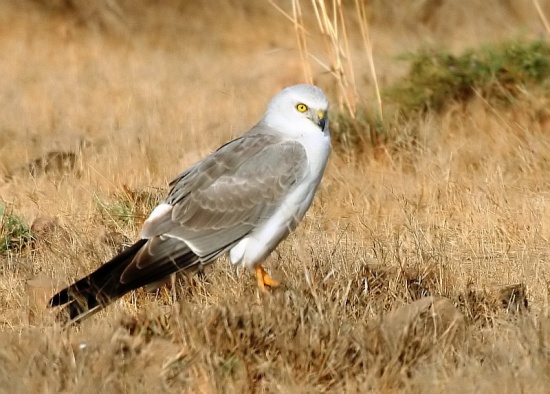 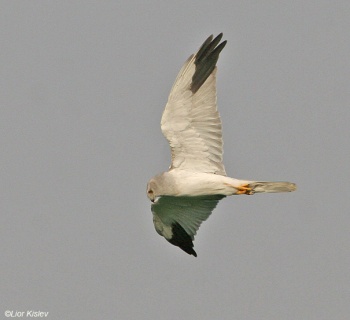 Montagu's Harrier lacks the dark boa behind the pale neck ring, and this ring appears to often be broken. Hen Harrier: the male of the latter can during molt show a black wedge on the wing that is similar to the wing of male Pallid Harrier. Look also at the Marsh Harriers. 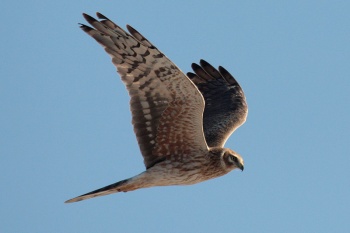 Eurasia and Africa.
Breeds in eastern Romania, the Ukraine and southern Russia eastwards to western Sinkiang. A summer visitor to breeding range and occurs as a passage migrant throughout south-east Europe, the Middle East and North Africa.

Good numbers are seen on passage at Borka in Turkey in September-October but the return movement is more westerly and a few are regularly seen at Cap Bon. More than 100 have been recorded crossing the Straits of Messina, Sicily in spring.

Small numbers winter in Greece, Iraq, Egypt and North Tunisia but most western birds cross the Sahara to winter from Senegal east to Ethiopia and south to the Cape. Eastern birds winter in Pakistan, India and Sri Lanka, south-east Asia and southern China.

The Pallid Harrier is an irruptive species frequently appearing and sometimes even nesting far out of the normal range. Breeding has occurred in Finland and Sweden, Germany and in several Central European countries.

There is also a record of a mixed Pallid-Hen Harrier pair nesting in Scotland but otherwise this is a very rare vagrant to Britain with about 14 records. These have been widely spread from Shetland to Cornwall but nearly half have been in the Northern Isles. A juvenile wintered in Norfolk in the winter of 2002/3. Elsewhere vagrants have been recorded west to Spain and the Canary Islands.

During the breeding season they utiise dry steppes, grasslands and cornfields. 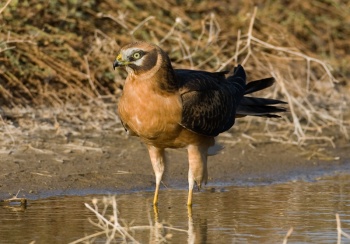 They fly slowly low over moors and fields and ambush their prey of small mammals, lizards and birds. They feed on large insects during the winter.

Search for photos of Pallid Harrier in the BirdForum Gallery

Search for videos of Pallid Harrier on BirdForum TV