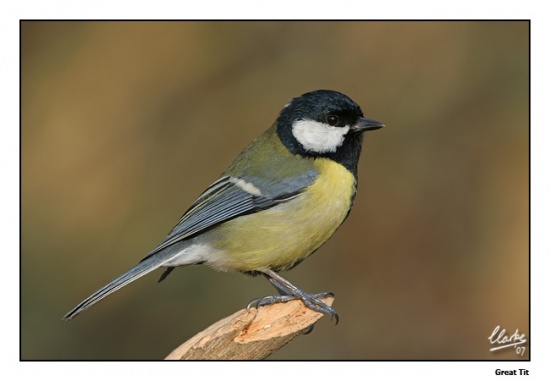 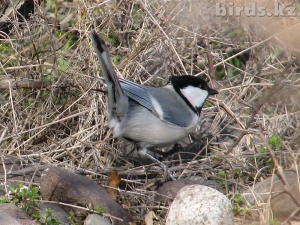 The occasional bird is much greyer than the typical one, and needs to be compared carefully to Coal Tit which has two wing bars, different shape to the white spot on rear head/nape, and looks larger headed.

From Europe and north Africa through central Asia to western China.
In Wisconsin, USA, this species has been observed regularly (including breeding) for several years, but at this time the species is not considered established by any North American birding authorities.

Cinereous Tit and Japanese Tit were formerly included in this species. Turkestan Tit (bokharensis, ferghanensis and turkestanicus) was formerly considered a full species. 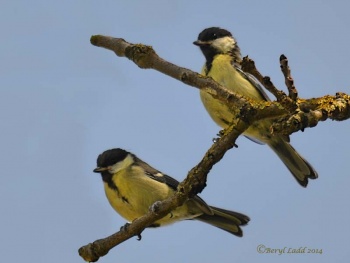 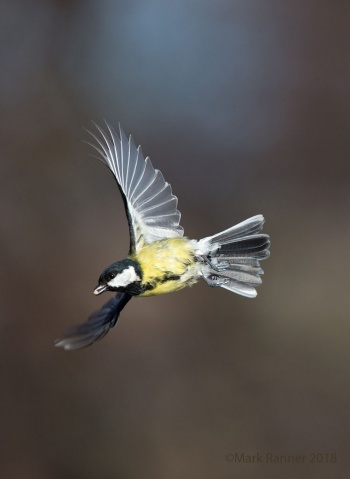 This is a polytypic species [1] consisting of 15 subspecies:

Parks, woodlands and gardens all over Europe

A woodland bird but nowadays a garden bird. Sometimes aggressive, fighting with other tits. In winter forms mixed feeding flocks with Blue Tit, Coal Tit. Eurasian Treecreeper and other species

Breeds in all kinds of woodland (incl. in desolate taiga in far north) and in immediate proximity of man in parks and gardens.

Nests in roomy nestbox, tree-hole (e.g. decayed fruit tree), air duct and even letterbox. The clutch consists of 5-12 white eggs spotted reddish-brown which are incubated for around 2 weeks. The young fledge at around 16-22 days.

There may be a second brood if there is plenty of food. The breeding season runs between April to August in the UK.

Search for photos of Great Tit in the gallery

Search for videos of Great Tit on BirdForum TV