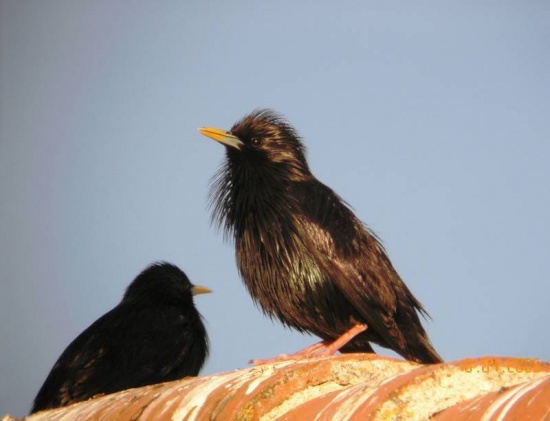 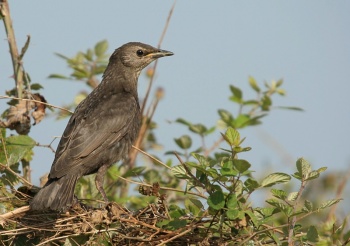 Common Starling can be almost devoid of spots, but there is still a structural difference, particularly in the throat feathers (long and slender in Spotless, short in Common). Spotless Starlings are always blacker than Common Starlings.

Found in the western Mediterranean in Portugal, Spain, extreme southernmost France, Corsica, Sardinia, Sicily and northwest Africa (Morocco, Algeria and Tunisia). Vagrants have been recorded as far north as Denmark.
Common to abundant in its range.

This is a monotypic species[1].
Has been treated as conspecific with Common Starling, and hybrids are common where the two species overlap in northeast Spain. 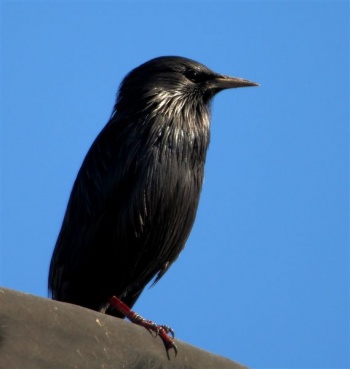 Breeding season from March to July, breeds often twice a year. A colonial nester. They nest in holes in buildings or trees and cliff crevices. Nesting also recorded in old holes of European Bee-eater or Sand Martin. The clutch averages 4 eggs.

Search for photos of Spotless Starling in the gallery