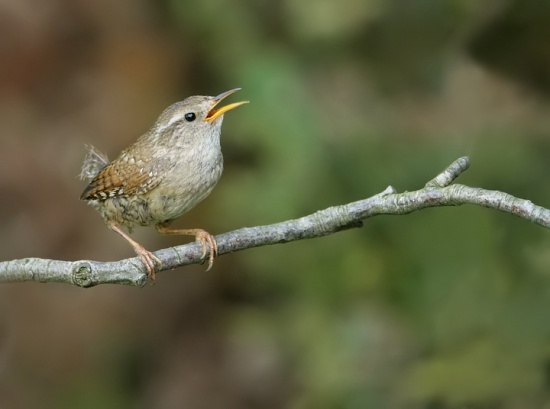 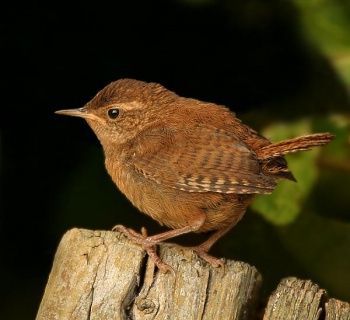 Island populations tends to be larger birds than continental populations. For example in Iceland and the Faroe Islands, wings, legs, and bill are longer than in the UK.

In Europe from Iceland to central Scandinavia and south to the Mediterranean.
In Asia, it is widely distributed from north to south in the eastern end, but in central Asia, there is a gap separating those populations from western Asian and European populations. 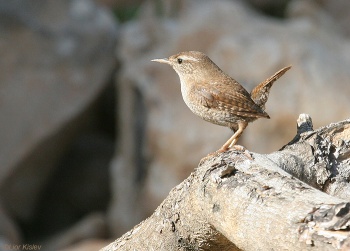 Was formerly considered conspecific with Winter Wren and Pacific Wren, but the three were split on the basis of vocal and genetic evidence[1][2].

Rice et al (1999) proposed placing these species in a separate genus, Nannus3. Later molecular studies support this classification, because the closest relatives of Eurasian Wren, Winter Wren and Pacific Wren are not other members of the genus Troglodytes, but the Marsh and Sedge Wrens4, though this classification has not been followed by any of the main authorities[5][6]. 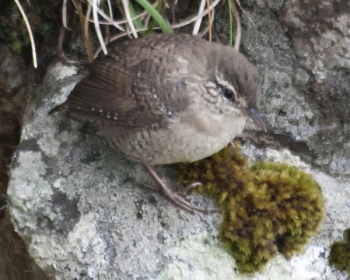 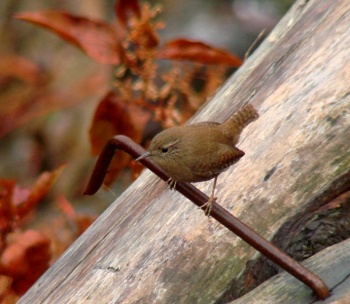 Can be found in almost any habitat, low down in undergrowth from gardens and woodland to clifftops. 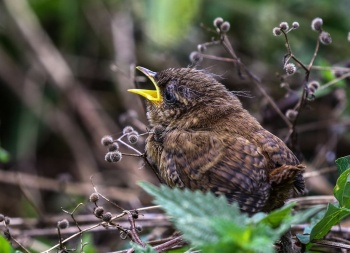 Tends to keep low when flying.

Forages under dense cover for small insects and spiders.

The nest is a ball of grass, leaves or other vegetation and may be placed in a bank hole, in thick vegetation or tucked under overhang. The clutch consists of 5-8 white eggs with brownish-red speckles. They are incubated for about 2 weeks and fledge around 16 or 17 days later.

There are usually 2 broods in the season which runs from April to August.

Call: Hard, dry chit or chiti
Song: Loud (especially given its size) warbling. Can last up to ten seconds.

Search for photos of Eurasian Wren in the gallery