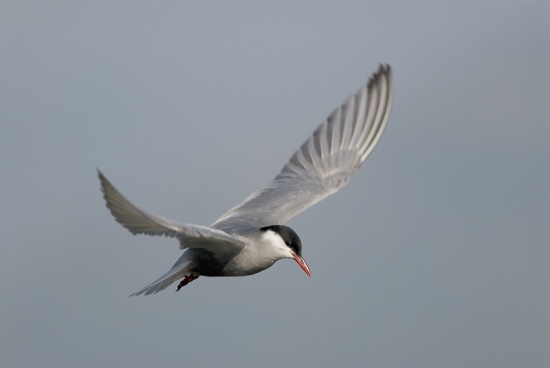 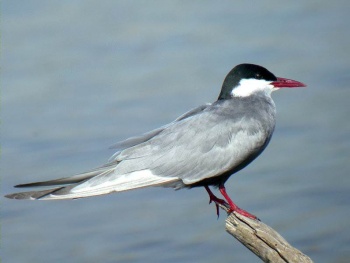 Summer adults resemble Common Terns more than Black Terns due to their black and white heads, but the short, broad wings and tails are typical of 'marsh terns'. and their underparts are so dark that the white cheeks stand out boldly. 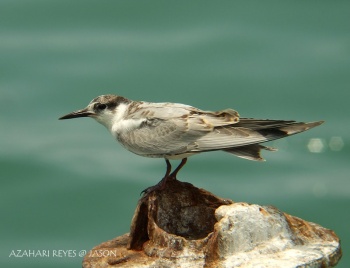 The bill is heavier than in other 'marsh terns'.

Europe and Asia. They migrate to sub-Saharan west Africa in the winter, although a few birds will remain in the Mediterranean. Birds which breed in eastern Europe winter in large numbers in the Nile Delta and eastern and southern Africa.

Accidental vagrant to Cape May, New Jersey (2 records) with one moving south to Delaware. 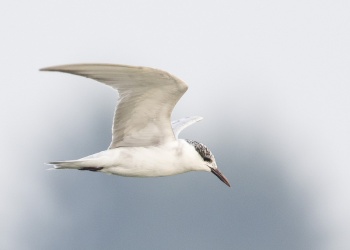 The subspecies swinhoei, indicus, sclateri and fluviatilis are no longer recognized.

The nest is a heap of aquatic vegetation or dry grass, placed either on floating vegetation. They nest in colonies.

Search for photos of Whiskered Tern in the gallery

Search for videos of Whiskered Tern on BirdForum TV