For some time now I have been fascinated by the idea of not only detecting certain bird species acoustically with the help of autonomous audio recorders, but also receiving high-quality sound recordings.


Technically not really a challenge though, such a device would still have to be invented.

is called AudioMoth and is a small, inexpensive and proven recorder from UK-based Open Conservation Technology Ltd.
The advantages of the Audiomoth are its scheduled recording, the small size, the very long battery life and the low acquisition costs.
The sound quality of the Audiomoth is usable and is constantly being improved, since version 1.2 it is even possible to connect an external microphone.

A remote control / status query via cellular network is not possible, there is no integrated GPS, no possibility of playing sound mockups and no direct possibility of documenting the data from external sensors in an overall log.

My first thought more than a year ago was to build a recorder according to my requirements with the help of a small, inexpensive single-board computer. I spent a lot of time putting together a Raspberry Pi with external real-time clock, GPS module, status display, cellular connection and an excellent sound card for connecting external microphones (HIFIBERRY DAC + ADC PRO) and using the "Python" language to pack all my requirements into this small power bundle .

The result: at some point the recorder worked perfectly - under laboratory conditions. Until then, I installed components for 120.00 EUR and didn't even had a weatherproof housing or battery that could keep the Raspi alive for 1-2 weeks.

Few weeks ago, purely by chance, I read an article about apps with which you can automate an incredible variety of actions on the smartphone as soon as specified conditions occur. This can be, for example, a point in time, a certain battery level, the value of a sensor, the content of a message or practically any conceivable event that can be recorded by a smartphone.

What can an autonomous smartphone recorder achieve, what do you need, how much does it cost and - how does it sound?

My thoughts about using a mobile phone are - they are quite expensive if you want one that is fully weather proof, the mics are not normally that great and it would be susceptible to getting stolen, unless you can set it up somewhere safe and secure.

I tried to run scripts for another reason on my Iphone, and found that some scripts did run automatically, but came up with a prompt to run when the event was triggered - when I checked out why this was, the explanation was that it was a security feature for certain script actions.

You mention the Audiomoth, but I would also recommend looking at Wildlife Acoustics. They now have 3 recorders (the third is actually due for sale in UK this month). The recorders are more money than the Audiomoth - they retail for following prices - SM Micro is £249.00 (only available as mono), the SM Mini £495.00 (can be turned into a stereo recorder, but you need to buy an extra mic) and the SM4 £899.00 (stereo and can take external bespoke mics for placing apart and remote from one another etc.).

Sound quality improves with price, but the Mini has been used by for Noc-Migging and is an improvement on the AudioMoth - see https://nocmig.com/2020/10/22/nocmig-with-an-sm4-mini/.

I have tried out the SM4 and am pleased with the results, but it appears that you may need to post process with an equalizer, if you are really discerning about sound - Wildlife Acoustics have recently published frequency responses for the recorders rather than the mics, and surprisingly the responses are not as flat as the mics would suggest - there technical support staff think that the weatherproof housing impacts the frequency response in some way. Something to think about if you are considering going back to a 'build your own' option, with it's own weather housing.

The SM Micro apparently has a worse signal to noise ratio than the others, but it is not too bad and is really small and discrete, which I think would be great if deploying the recorder in an area open to the public. All three recorders can be secured with a tie lock, but this would not stop the units from being vandalized, by someone with intent.

The SM4 Mini and Micro tether to a phone, which is good for auto setting the time and GPS position - pretty important if you want to run a schedule triggered by sunrise or sunset time. I think the recorders also record a log file with the device temperature, but If you want a proper weather log you would need to separately record this information (extract it off the web?).

Wildlife Acoustics also have now apparently extended the capabilities of Kaleidoscope lite, which is their sound auto detection software - it is apparently now free to use to analyse recording made with a Wildlife Acoustics recorder. It previously had a limit on the number of files you could batch process , but I think this limitation has been removed.

Indeed my very first attempts at smartphone automation were also on an iPhone with the help of the "Shortcuts" app. I too desperated that automations kept asking for confirmation. Even if "shortcuts" had worked reliably, for this purpose they are not acceptable for me because of purchase costs, battery capacity, comparatively lower robustness (no IP68 or MIL-STD-810G standard) and ultimately because of the lack of a jack socket.

In Part II I will present my smartphone solution approach in detail, which has proven to be reliable after a few weeks of practical use and a few hundred hours of sound recordings.

I am currently using eight identical devices in public spaces without hesitation, provided that they are a bit camouflaged. I think the pictures speak for themselves, you can often only see the black foam of the attached microphone. 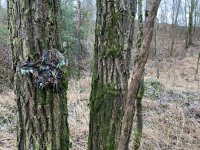 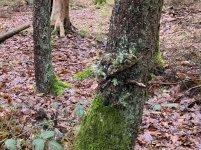 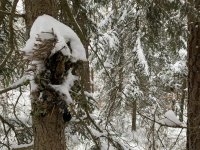 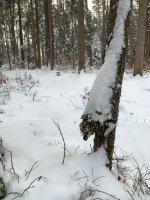 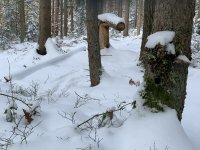 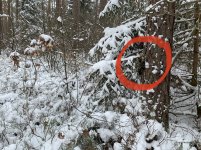 The pictures are very impressive. I was thinking of setting up my autonomous recorders for short periods - basically setting up late afternoon and recording overnight and through the dawn chorus. My theory being that if I deployed the recorders during limited period of daylight, I would be unlucky to have a recorder stolen or vandalized. With camouflage as good as that, I could be tempted to deploy for longer.

I was also thinking of moving the recorders often to cover more habitat (survey more areas), but there is a trade off between detection and coverage, as not everything will necessarily be detected in 12 hours of sound recording. It would be interesting to find out if you have any views on optimum deployment time from your work - of course different species will be more vocal at different times of the year, so multiple deployments at different times of year could be important.

I look forward to part 2 and reading about your results.

By the way, the recorders I mentioned were Wildlife Acoustics (not Wildtronics, who I think mainly make parabola mics). Frontier Labs are another manufacturer of autonomous recorders, but they are at the expensive end of the scale - nothing to compare in price with SM Mini or SM Micro and definitely not the Audio Moth)

Newbie. Olympus LS-P4 recording not good. Do I need a better mic? Help!