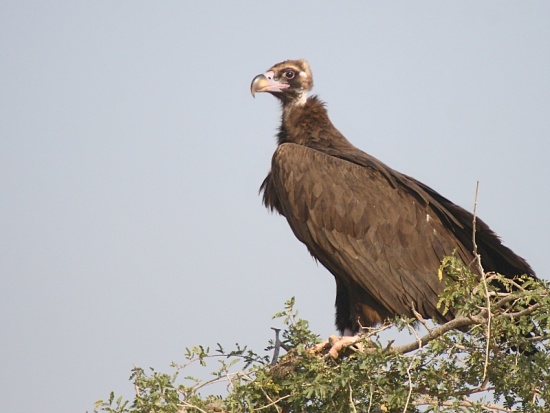 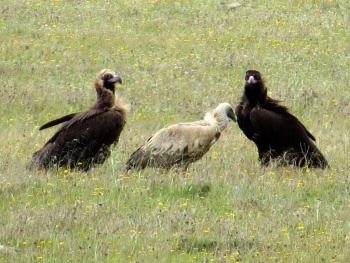 Eurasia. Populations in the Western Palearctic are rare and declining in many areas, but in the west conservation action has resulted in increases in central Spain and Mallorca and reintroductions in northeast Spain and southern France. Elsewhere, rare in the east of Europe in northern Greece and southern Bulgaria; in Asia rare in Turkey and Armenia, the Crimea and the Caucasus, but more numerous in central Asia.

In 1996 began breeding in very small numbers in eastern Portugal after an absence of several decades and in the same year the first breeding in France for a century took place in the Massif Central as a result of a reintroduction programme. Occurs with some regularity in the Rhodope Mts of Bulgaria but breeding is rare. More numerous and widespread further east ranging from northern Iran east to northern and western China. 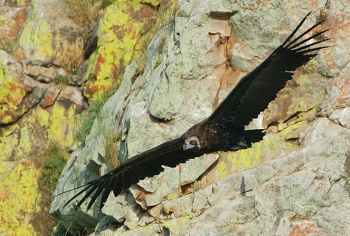 Most are resident as adults, but young birds disperse, often to areas outside breeding range. Guadalquivir marismas are a regular haunt of immatures in Spain, especially in winter and there are often small numbers present in south Portugal. Mallorcan birds are rarely seen outside breeding range in the mountains of the north. Very small numbers recorded annually crossing the Bosphorus, and recorded south to Sinai and Egypt.

In the past also recorded in many European countries north to the Netherlands, Denmark and Estonia but today most records from northern Europe are thought more likely to be escapes. One recorded in Wales in the winter of 1977-78 is not accepted as a wild bird. However, birds thought to be genuine vagrants recorded in Tunisia in March 1991 and southern France in April 1991. More recently a juvenile in the Netherlands in July-August 2000 is accepted as a wild bird.

Vagrants also recorded in Switzerland, Cyprus and the Straits of Messina, Sicily. In the east a rare visitor to Burma and northern Indochina and a vagrant to Hong Kong and Japan. 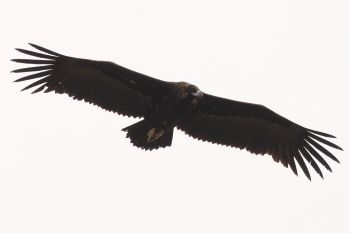 Found in hilly and mountainous country, sometimes lowlands, in wooded or open areas.

Searches for carrion over open areas with domestic stock or wild ungulates. The largest vulture in the Old World (South America's Andean Condor is slightly larger, and California Condor is about the same size), with a powerful bill capable of tearing through tough animal skins. Dominates over other vultures at carcasses.

Nest is usually built in a tree, sometimes on a rock ledge. One egg laid (very rarely two); incubation lasts 2 months and the chick takes 3-4 months to fledge, and most of the rest of the year to reach full independence. Pairs often takes a year out between nesting attempts.

Search for photos of Cinereous Vulture in the gallery