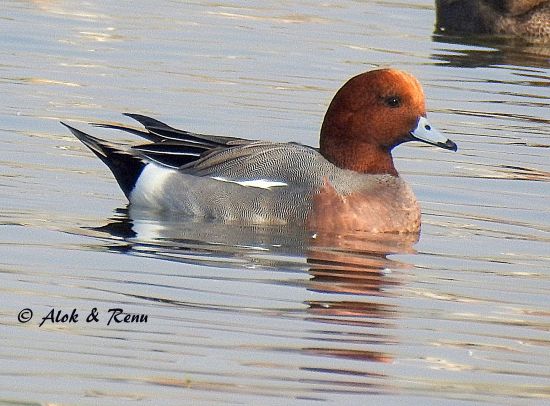 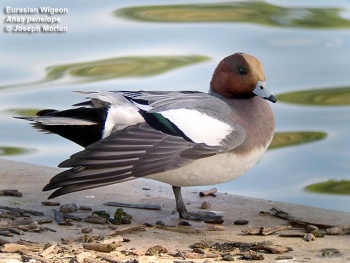 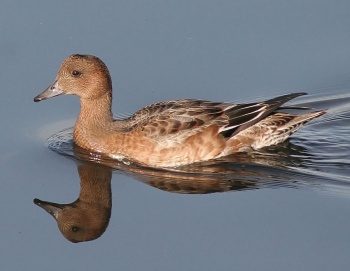 American Wigeon is structurally and behaviourally very similar. Males differ in having pinkish flanks, a white forehead stripe, and a larger and more obvious iridescent green patch behind the eye. Female and juvenile plumages virtually identical; best distinction is the white axillaries, visible when the wing is lifted during preening or in flight, while in close views, the secondary coverts are paler in American Wigeon. 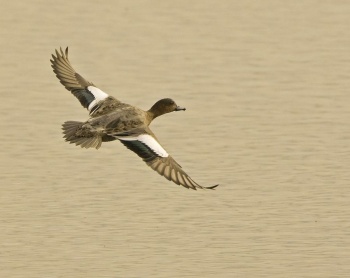 A common summer visitor to the north of the Palearctic region, breeding in Iceland and northern Britain, throughout most of Scandinavia (rarely in Denmark and southern Sweden) and across northern Russia to the Pacific. More scattered populations breed in Poland and the Baltic States, and occasionally a few breed south of main range in southern Britain and eastern Europe.

Present in breeding range from April to September, and widespread in winter and found along many coastlines and floodplains from Iceland, the British Isles and Denmark south to the North African coast. Also around the Black and Caspian Seas and in southern Iraq and eastwards across temperate Asia. Small numbers occur in Subsaharan Africa and Arabia.

Vagrants have been recorded on the Azores and Madeira, Borneo, Sulawesi and Hawaii. Regular in small numbers on both coasts of North America and a common migrant through the Aleutians.

This is a monotypic species[1].
Formerly placed in the genus Anas. Closely related to American Wigeon, and hybrids are recorded frequently where vagrants of either have settled in the "wrong" continent.

Flocks readily with other ducks, particularly Common Teal and Gadwall, and also with Eurasian Coots.

Grazes, often at night but also during the day, on land on short grass (often among sheep) and young crops like oilseed rape. Also dabbles and dives for plants and roots, including Zostera eelgrass on tidal mudflats.

The nest is laid beside a fresh water body in reeds, grass or heather. There is a single clutch laid between April and June. The ten to twelve eggs are plain creamy white or buff..

Search for photos of Eurasian Wigeon in the gallery