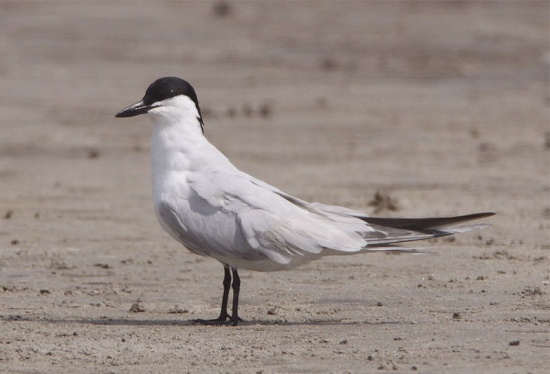 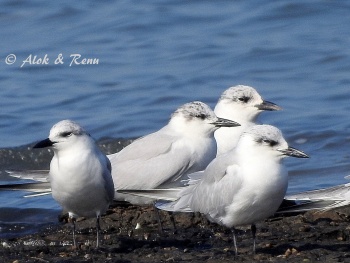 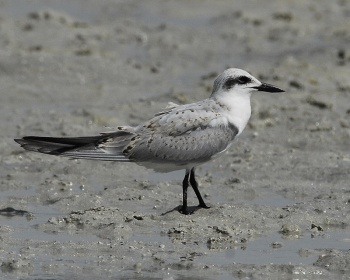 Like the Caspian Tern, widespread but patchy distributed, breeding in temperate and subtropical regions globally, though not extending so far north as Caspian Tern, in Europe only to 54°N (in northern Germany, though formerly also bred in western Denmark at 56°N), and in North America to 41°N (on Long Island, New York).

An annual vagrant in the British Isles, mostly to the south coast. 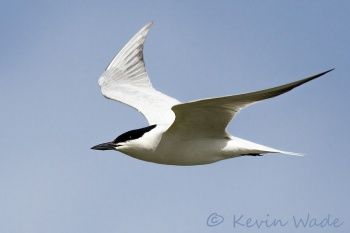 This species was in the past included in the genus Sterna. Its genetic closest relative is Caspian Tern. 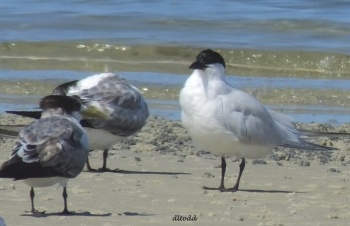 Breeds on sandy shores of the sea and large lakes, but - uniquely for a tern - feeds mainly over land, typically over coastal marshes and fields. Also overwinters near inland waters (lagoons, marshes, lakes, rivers etc).

The diet consists mostly of large insects, but also feeds on frogs and small mammals.

Breeds colonially in a variety of habitats: lakes, fresh and saline marshes. Also mountain lakes to a height of around 2000m.

Search for photos of Gull-billed Tern in the BirdForum Gallery

Search for videos of Gull-billed Tern on BirdForum TV