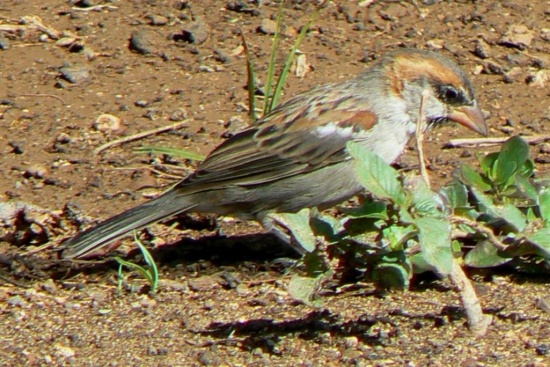 Females are grey-brown above with dark streaks and whitish below. Juveniles are similar to females. 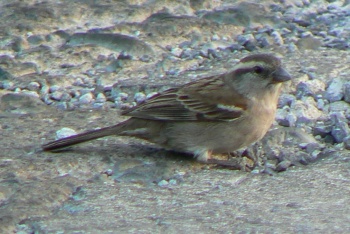 The female is very similar to the female of House Sparrow but has a more obvious pale stripe over the eye.

Endemic to the Cape Verde Islands off western Africa. Found on all islands but Fogo.
Common and widespread in its small range.

Lava plains, desert and dry scrub. Also extending into cultivated land and villages and towns. In the town of Mindelo breeds together with House Sparrow.

Feeds mainly on seeds of small plants and domestic scrap in urban areas. The nestlings are fed with caterpillars and grasshoppers.

Breeding season from September to March. The nest is made of grass, lined with hair and feathers and usually built in a hole in a cliff or wall. The female lays three to five eggs.

Search for photos of Cape Verde Sparrow in the gallery