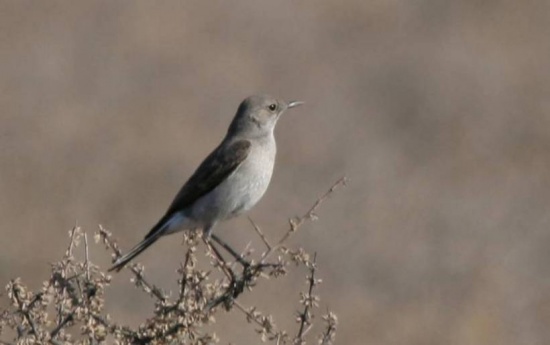 Length 16-18 cm, mass 25-35 g. It has grey upperparts and a black tail with white outer feathers. Its underparts are white and the bill, legs and feet are black and the eyes are dark. The sexes are similar, but the juvenile is spotted with buff and has scaly underparts.

It builds a cup-shaped nest of straw and leaves on the ground, usually under a bush or shrub. 2-4 green eggs are laid.

Diet includes insects such as butterflies, bees, wasps, locusts and ants. Prey is typically taking in a short flight.

Search for photos of Karoo Chat in the gallery