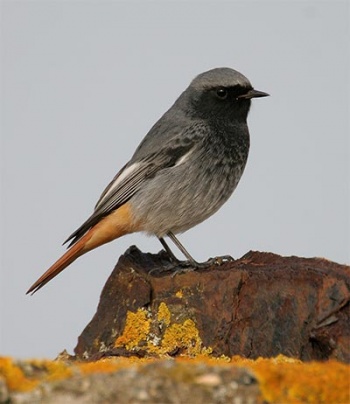 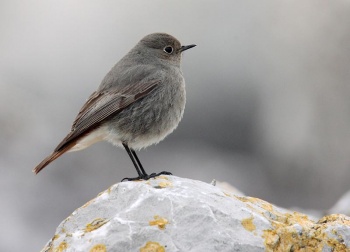 Breeds in Iberia and France east to the Baltic States, Belarus and Ukraine, Balkans and Greece, much of Turkey and the Caucasus. Also breeds in scattered outposts around edges of main range in south-east England (more rarely in central and northern England), Denmark and southern parts of Norway, Sweden and Finland, in northwest Africa and in scattered parts of the Middle East. In the Mediterranean breeds on Sicily and small numbers have bred on Corsica since the 1980s.

Resident in the south and some birds resident in Britain and Central Europe, but further north and east migratory, wintering chiefly around the Mediterranean and in the Middle East, but also small numbers northwest to Ireland.

Vagrants recorded north to Iceland and the Faroes and also on Madeira and the Azores. 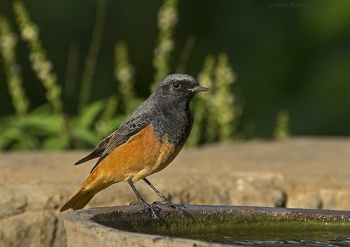 Several separable subspecies occur, differing mainly in extent of black/grey in plumage of the adult males. They fall into two main groups, the grey-bellied western races with orange-red restricted to the tail and vent, and the red-bellied birds from the east with extensive strong orange-red up to a sharp demarcation at the lower breast. The red-bellied subspecies also have less white fringing on the secondaries.

Females, and immature males except for "paradoxus" individuals, are not currently known to be distinguishable to subspecies[1][2][3].

Research is continuing as to whether the two groups may represent separate species, with conflicting results to date. 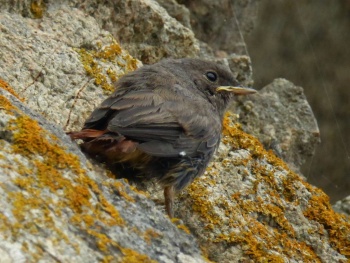 P. o. semirufus has occurred as a vagrant west to France and P. o. phoenicuroides has been recorded in Sweden, Britain, the Netherlands and Guernsey. Caution needs to be exercised with identification of extralimital red-bellied birds, as occasional western grey bellied birds can show some diffuse (though not well-marked) red on the belly; also, the occasional rare hybrids between western Black and Common Redstarts can be strikingly similar to red-bellied Black Redstarts[3][4].

Found on cliffs, rocky slopes, screes and boulder-strewn areas from sea-level up to the snowline. Formerly confined to rocky areas on coasts and in mountains but has adapted to living alongside man and has spread into many lowland areas. Now breeds widely in villages and towns and on patches of waste-ground, railway yards and similar areas in many large cities.

The diet consists of invertebrates and insects such as spiders, worms, grasshoppers, earwigs, bugs, cockroaches, supplemented with berries and seeds.

They nest in crevices or holes in buildings.

Search for photos of Black Redstart in the gallery

Search for videos of Black Redstart on BirdForum TV