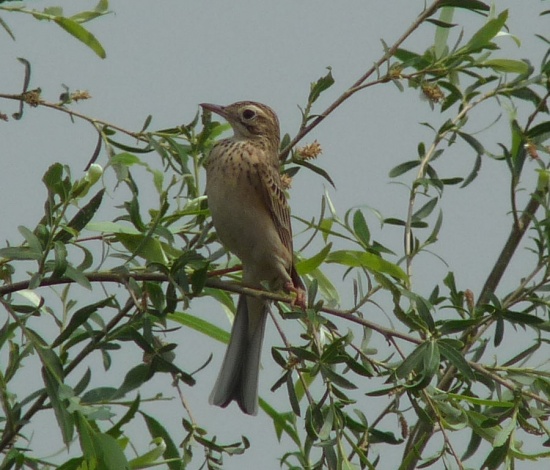 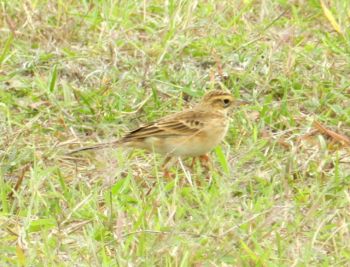 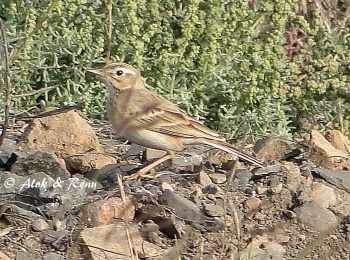 This species was formerly a part of a much larger species called Anthus novaseelandiae which was split in African Pipit, Mountain Pipit, Paddyfield Pipit, Richard's Pipit and Australasian Pipit.

Strong flight with long dips. Often hovers momentarily before landing in the grass.

Its diet includes insects and seeds.

The nest is made of grass or moss and is built on the ground under a grass tussock.

Search for photos of Richard's Pipit in the gallery