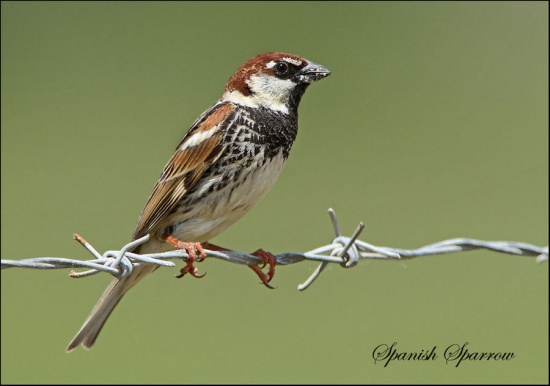 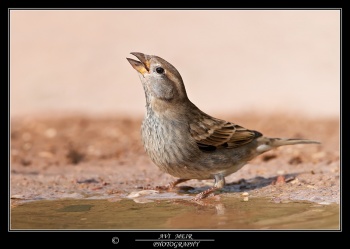 Juveniles are similar to females but duller.
Italiae (Italian Sparrow) is sometimes considered conspecific with this species. It has the same head pattern but less heavy black streaks on mantle and black only on upper breast. 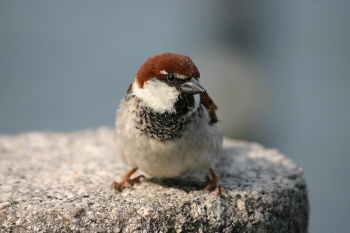 Resident in parts of its range, migratory or nomadic in others. 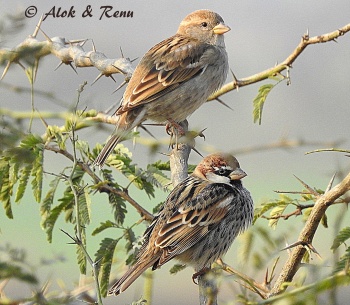 Often in moist, humid areas near water and with trees and shrub. Associated with cultivated land and extends into urban areas where House Sparrow is lacking (eg. Canary Islands or Malta).

Usually seen in flocks which may be very large. 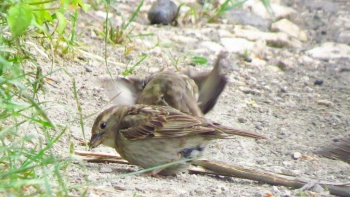 Breeding season from April to August in the western parts of its range. A colonial breeder, sometimes with several thousand pairs. The nest is a loosely woven spherical structure made of grass and placed in a tree or in lower part of a large nest of a bird of prey, crow, heron or White Stork. Lays 2 - 6 eggs which are incubated for 12 days. The chicks fledge about 14 days old.

One below is the recording of calls given by a foraging party of more than a dozen individuals, M & F, subspecies P. h. transcaspicus :