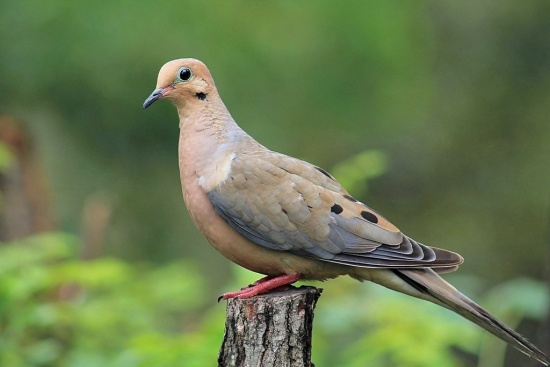 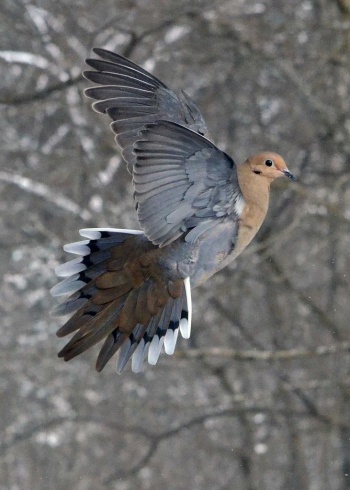 Males have a gray crown and rosy pink iridescence on their neck. Juveniles have a scaly appearance.
Wings whistle during take-off.

Abundant and widespread across the USA and southern Canada from southern Alaska and British Columbia to Nova Scotia and south to Central America. A partial migrant with many birds in the north of the range moving south in August-September and returning north in April-May.

Has been recorded as a vagrant in Greenland. Extremely rare in the Western Palearctic, recorded twice in the British Isles, on the Isle of Man in October 1989 and in the Outer Hebrides in November 1999. Also, one in Iceland in October 1995 and one in Sweden in June 2001.

An introduced population is present in Hawaii.

Open woodlands and cultivation, farmyards and gardens in towns. 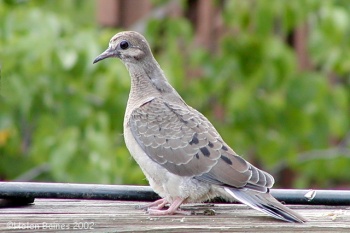 Diet consists almost entirely of seeds and other plant matter. They are a common visitor to backyard bird feeders.

Flimsy sticks nest is placed on ground or in bushes, or trees when available. Clutch is one to three, but usually 2 white eggs. Multi-brooded in most areas and nests often reused.

Search for photos of Mourning Dove in the gallery

Search for videos of Mourning Dove on BirdForum TV