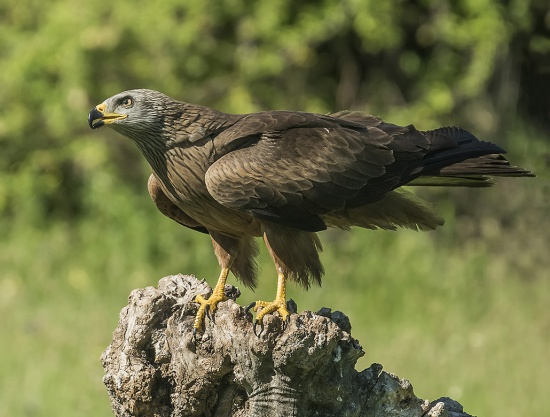 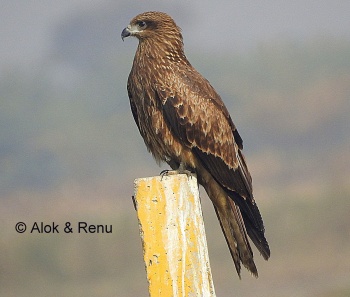 Females are marginally larger, darker and redder than males. Juveniles differ in having a dark iris, and more mottled plumage, each feather tipped with a greyish white or ferruginous patch. The bands on the tail are less distinct. 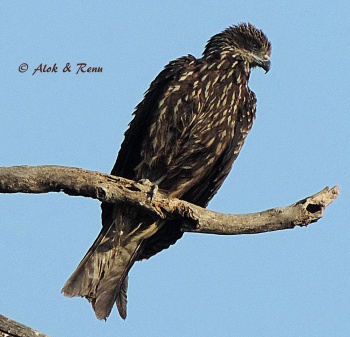 In Europe and western Asia, distant Marsh Harriers can be confused, particularly when silhouetted on migration high overhead, when the very different hunting manner is not exhibited; it differs in the square tail tip (rounded when spread) and less deeply fingered wingtips. Dark morph Booted Eagles can also be confused. In Australia and Asia, Whistling Kite and juveniles of Brahminy Kite have superficially similar plumage, but have a rounded, not shallowly forked tail. 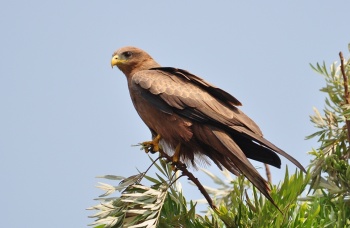 Eurasia, Africa and Australia.
Black Kite (see Subspecies, below) breeds across mainland Europe from Iberia east to the Urals, and also in northwest Africa and the Cape Verde Islands. Common and widespread in Spain but patchy in France and central Europe, Italy and Greece. Absent from the British Isles and most of Scandinavia but a small number breed in southern coastal Finland and a rare breeder in Sweden. Has bred regularly in Belgium since the 1970s and first breeding for the Netherlands took place in 1996. Breeding in Finland in 2002 was the first for decades.

In Asia breeds across most of Turkey, the Middle East and east across temperate and tropical Asia to the Pacific coast of Russia, Japan and China. To the south breeds throughout India and Sri Lanka and southeast Asia to southern Thailand. Also breeds in Sulawesi, eastern New Guinea and the Bismarck Archipelago. Widespread in much of Australia, particularly the north and centre and absent only from the southern coastal regions.

In Africa, Yellow-billed Kite (see Subspecies, below) breeds in the southwestern Arabian Peninsula, Egypt, and throughout sub-Saharan Africa from Senegal to Somalia and south to the Cape. In winter (September to March), it is joined by Black Kites from Europe. 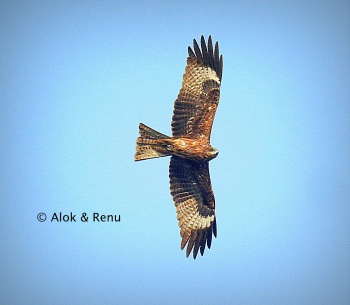 Northern populations are migratory and winter to the south. Most European birds winter in sub-Saharan Africa although a few may remain in southern Europe in winter and occasionally wintering birds occur north to southern Scandinavia. Dispersal of young birds can start in late June but migration begins in late July-August, and most have left breeding areas by September. Migrants concentrate at narrow sea-crossings during August-October, the peak period being mid-August to mid-September. Numbers are highest at Gibraltar, but also occurs in thousands at the Bosphorus and at Borçka in Turkey. Smaller numbers occur as migrants through Italy.

The return movement in spring occurs February-May with a peak in March-April and the same routes are used. Regularly seen north of the main breeding range, and there has been some expansion of range in Europe in recent decades. A scarce passage migrant in Britain with an average of 20-25 records per year, mostly in east and south-east England in the period mid April-early June, with occasional autumn records. One or two recent breeding attempts (including hybridisation with Red Kite) have occurred in Britain, and more may occur in the future.

Vagrants also recorded in the Channel Islands and Iceland. In Australia vagrants recorded on the south coast and Tasmania. 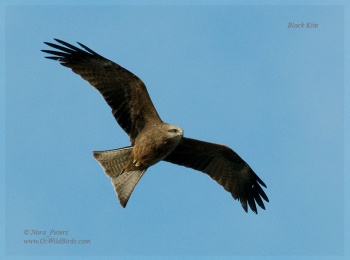 Five subspecies, or seven when Yellow-billed Kite is included, are recognised:[1] 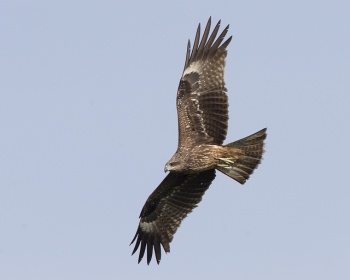 M. m. tenebrosus, described from the Cape Verde Islands, is now considered a synonym of M. m. migrans[4]. The three Asian subspecies are collectively known as Black-eared Kite and sometimes considered a separate species, though this is not supported by genetic data[3][4].

Often close to water, near rivers, lakes and seacoasts and in the south of range closely associated with man. There it is frequent around towns and villages, refuse-tips and slaughterhouses; also patrols roads for roadkill animals. Breeds in tall trees in open or sparsely wooded country.

They nest in forest trees, often semi-colonially, close to other kites.

Search for photos of Black Kite in the BirdForum Gallery

Search for videos of Black Kite on BirdForum TV