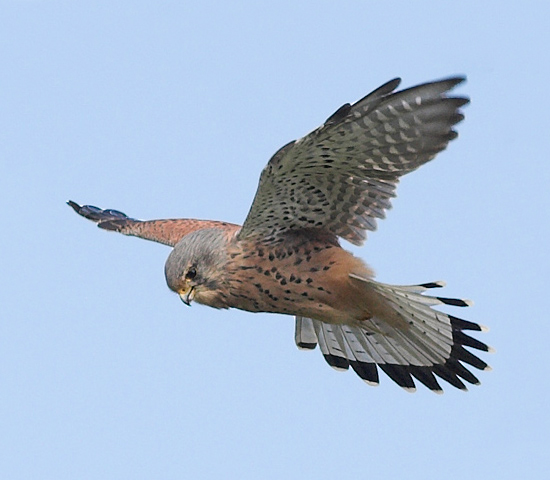 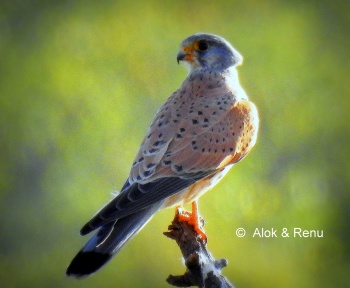 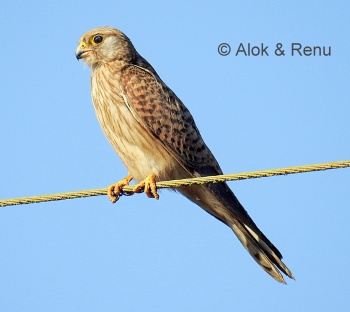 By far the most numerous falcon Europe and found from the British Isles and northern Norway south to the Mediterranean and the major Mediterranean islands and from Iberia east to Russia. Also found throughout Turkey and the Middle East, and breeds across Asia to the Pacific coast of the Russian Far East, China, Korea and Japan. In Africa breeds in the north from Morocco to the Nile Valley and south of the Sahara from Senegal east to Ethiopia.

Northernmost populations are migratory, the remainder resident or with the young birds dispersive. Autumn passage extends from August-November and birds return to southern parts of breeding range in February and as late as June in the north. The Common Kestrel is a broad-front migrant but is seen in good numbers along the major migration routes.

Vagrants have been recorded north to Iceland, the Faroes and Svalbard and also south on the Azores. Also recorded in Sumatra and in the Americas in Alaska, Massachusetts, New Jersey and on Martinique.

Rock Kestrel was formerly included in this species. 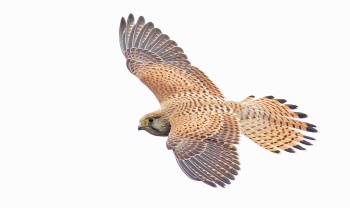 Today a familiar bird along motorway verges and on farmland but also found in a wide range of open habitats. Requires trees, rocks or buildings for nesting and open grassland, heathland or cultivation with an abundant supply of voles and other small rodents. 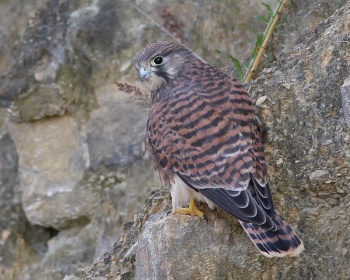 The 3-6 brown spotted eggs are incubated by the female for 4 weeks. The young fledge 4-5 weeks later.

Recording by Alok Tewari
Bairasiul Power Project, Dist. Chamba, Himachal Pradesh, India, March-2013
Call given by an immature, calling first from a perch, and then on taking off. 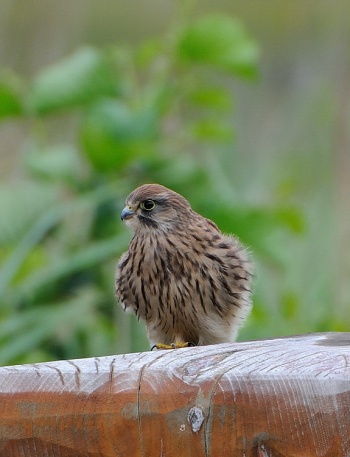 Search for photos of Common Kestrel in the gallery