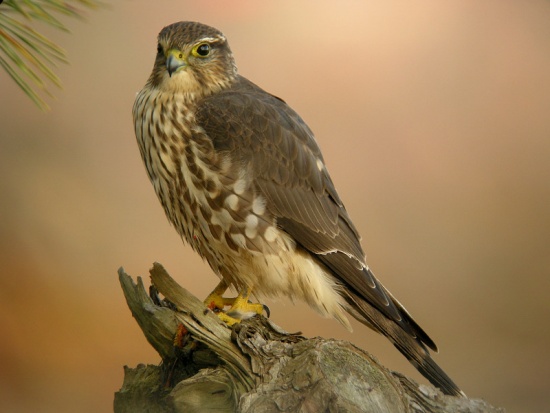 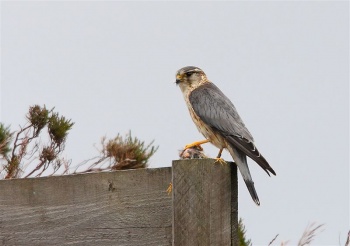 See also Subspecies, below, for variation between specific populations. 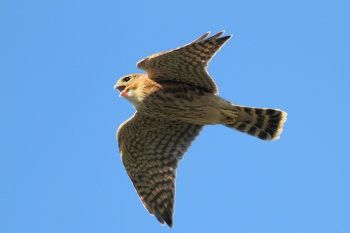 The bold markings on the wings and tail showing it to be a juvenile female
Photo © by PatrickE
Alberta, Canada, 25 July 2013

Breeds widely across the northern hemisphere, with some populations almost resident while others migrate south in winter.

In North America breeds over most of Alaska and Canada south of the tree-line and in the north-west and north-central USA. Winters from south-west Canada, the western and southern USA south through Mexico to Panama, in the West Indies and the northern coast of South America. Migrates south to the Caribbean, Central America, and northern South America; vagrant south to Bahia, Brazil.

In Europe breeds in Iceland and the Faroes, throughout northern Scandinavia, sporadically in the Baltic States and widespread across northern Russia. Also very patchily in the uplands of the north and west British Isles although now extremely rare in south-west England. Dispersive in south-west Iceland and the British Isles, but elsewhere a summer visitor, with mainland European birds migrating to coastal Britain, Denmark and southern Sweden south to the Mediterranean, and on some of the larger islands and in North Africa north of Sahara. Recorded as a vagrant north to Svalbard and south to Madeira and the Canary Islands.

In northern Asia occurs from the Urals east to the Pacific coast of Russia and Sakhalin and ranges south to the Tien Shan Mountains in Central Asia. Winters from the Middle East to the Himalayas, northern Indochina, China and Japan. A vagrant to Oman and Yemen.

Autumn movements take place mainly in September-October with the spring return in April-May.

Genetic evidence suggests its closest relatives are Grey Kestrel and Dickinson's Kestrel, both from tropical Africa[3]. 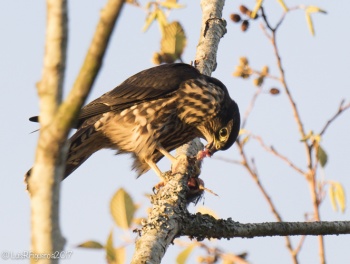 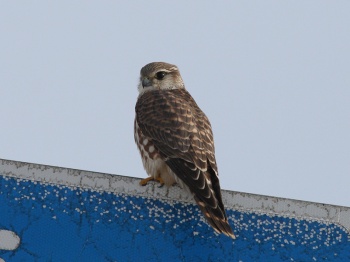 There have been proposals to split the North American group from the European group, as they have more than 2% sequence divergence[2]; more recent data places them close, with no suggestion of paraphyly in the species with respect to any other falcons, though these authors also support this split[3].

Breeds on moorland and heaths, tundra and boreal forest-edge. In winter on coastal farmland, marshes and other open habitats.

Hunts over open grassland, moors, coasts and mudflats; will also hunt out to sea to catch tired migrating birds. American Merlins are known for their aggressive behavior, even during migration going out of their way to mob larger birds of prey.

The most important food is small birds (primarily passerines and small waders) which are generally caught in flight. 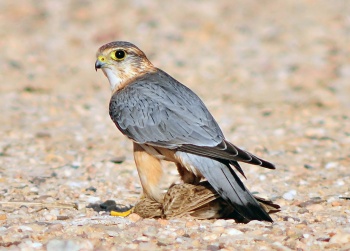 Mainly silent, except in vicinity of nest. Main call a fast accelerating series of notes, kee..kee..kee...

Listen in an external program Listen to a Merlin audio clip

Search for photos of Merlin in the BirdForum Gallery

Search for videos of Merlin on BirdForum TV