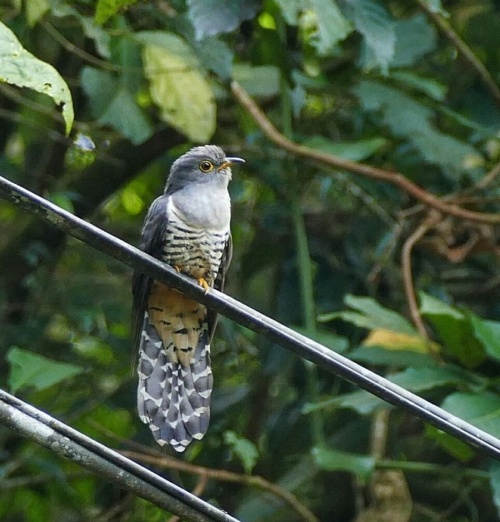 Virtually identical to Oriental Cuckoo and Himalayan Cuckoo but smaller than those two.

Found on the Malaysian Peninsula, Sumatra, Java, Borneo and the Lesser Sundas (Lombok, Sumbawa, Flores, Pantar, Sumba, Timor).
Common to not uncommon in its range.

Occurs in forests, open wooded areas and orchards. Found at all altitudes in Java and Sumatra, mostly at 1300-2700m in Borneo.

Search for photos of Sunda Cuckoo in the gallery