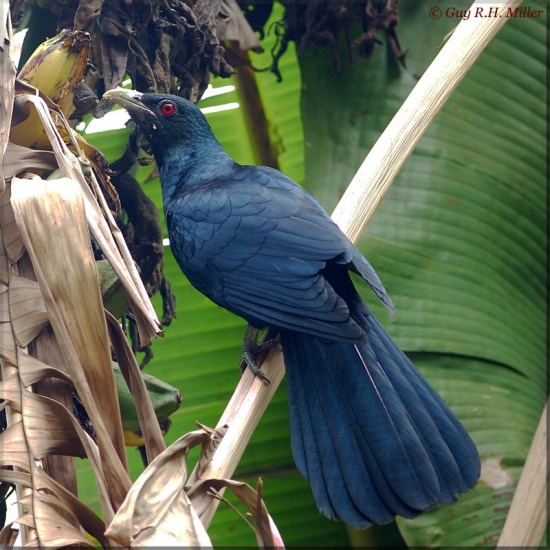 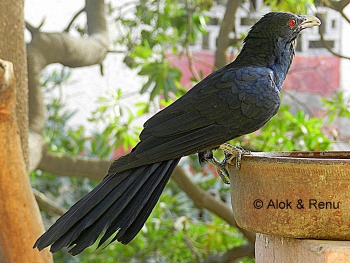 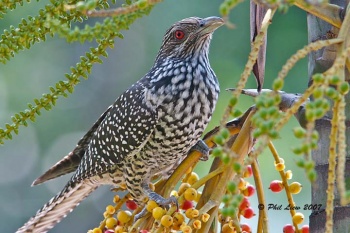 These birds are brood parasites, laying their eggs in nests of Large-billed Crow, House Crow and Black-collared Starling.

Whilst the adults feed mainly on fruit, such as figs, papaya and berries, their diet also includes insects, caterpillars, eggs and small vertebrates. 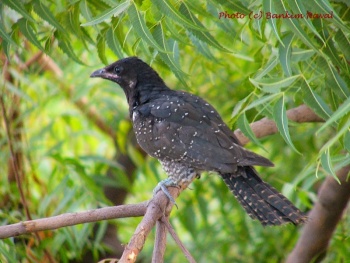 Call: This is most unique. It consists of a series of 'tuhoo's wherein the 'hoo' is slightly drawn out. The repetitions are very quick, one after the other.


Call given by a male, recorded in the neighborhood garden.

Recording by Alok Tewari
Recorded in an urban garden, Delhi, India, May-2018
High pitch burst by a female followed by crescendo of male, and female again in the end.

Since the bird is most active just before the onset of monsoon, Indians believe that its arrival heralds the oncoming rains.

In Sri Lanka, they have a strong association with the traditional new year celebrations. In the literature around the festival, the song of the bird is regarded as heralding new year. They are called "koha" by the Sinhala speaking community.

Search for photos of Asian Koel in the gallery