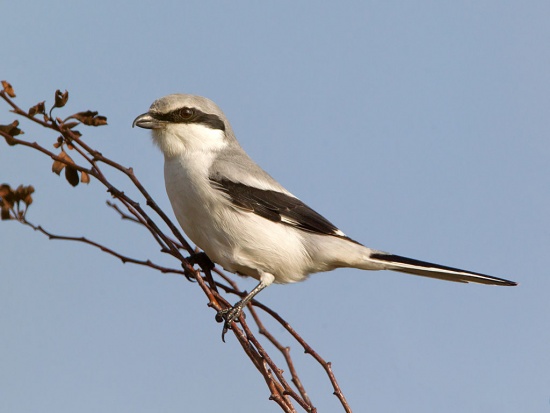 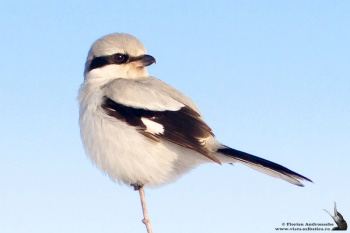 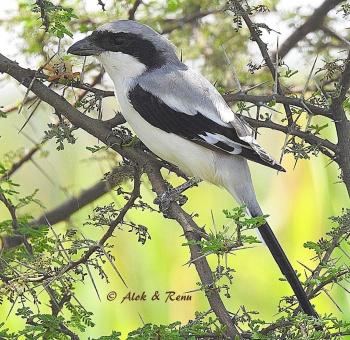 Populations differ in color of both upper- and underside, extent of white on scapulars, wings and tail, size and shape of black mask and bill, and in presence vs absence of and if present in color of supercilium. See more in the taxonomy section.

In Europe, Iberian Grey Shrike and Lesser Grey Shrike are potential confusion species, and in north-central Asia, could overlap with Northern Shrike. 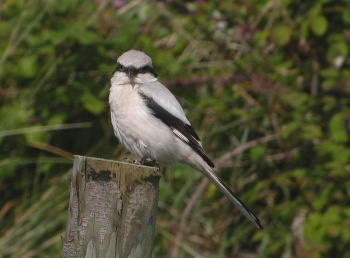 Complex, and potentially liable to further revision[2]. A large number of subspecies were split as Southern Grey Shrike. One subspecies was left there but renamed to Iberian Grey Shrike, but most were returned to Great Grey Shrike for now. Populations from northeastern Asia and North America formerly included here have recently been split as Northern Shrike[1, 2]. Whether more splits are coming is an open question. 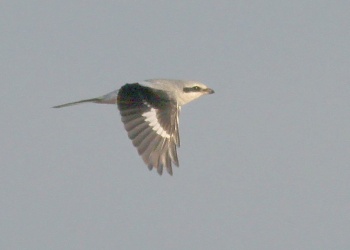 This is a polytypic species consisting of 12 subspecies[1] (however, notice that not all resources agree on which subspecies are valid)

'*Yemen; vagrant to Djibouti and Ethiopia

Diet includes large insects, small mammals and birds and it often stores uneaten prey by impaling it on thorns. They commonly hunt from a very high perch usually a tall tree top.

Search for photos of Great Grey Shrike in the gallery

This link searches for videos of Great Grey Shrike

Search for videos of Great Grey Shrike on BirdForum TV

Search for videos of Great Grey Shrike on BirdForum TV