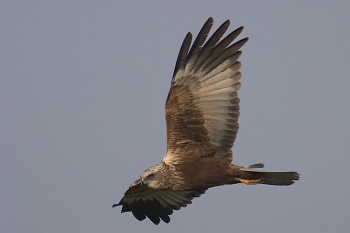 Eurasia and north Africa. Widely distributed in the Western Palearctic region from Spain and northwest Africa, east across Russia to Central Asia and north to Scandinavia. It is extremely patchy across most of this area but there are small breeding populations in most countries of mainland Europe, as well as southern Britain, Sweden and Finland. Also breeds in Morocco, northern Algeria and Tunisia, and parts of Turkey and Iraq. Has begun a major expansion in northern Europe in recent decades after declining through persecution and loss of habitat. However, the species is still under pressure in parts of the Mediterranean, eastern Europe and the Middle East. Increasing in Britain with about 200 pairs present in 2000 from southeast England north to central Scotland.

Northern and eastern populations are migratory and winter in Africa and around the Mediterranean. Birds from Britain, France and Spain, and those from the eastern Mediterranean are resident or dispersive. A broad-front migrant but still appears at migration watchpoints in some numbers, particularly Gibraltar and Borçka. Wintering in central and eastern Europe is rare but does occur at Lake Neusiedl in Austria. Recorded as a vagrant in Iceland and the Faroes, Madeira and on the Azores. 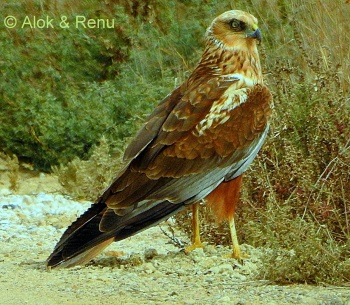 Breeds in reedbeds or other dense vegetation beside lakes, ponds and rivers or in marshes. Rarely, may nest in cornfields or heather. Hunts over water, reedbeds and adjacent farmland.

They prey on a wide variety of marsh birds and mammals. The diet includes birds' eggs, snakes, lizards, frogs, fish and insects.

They generally nest in reed beds.

Search for photos of Western Marsh Harrier in the gallery

Search for videos of Western Marsh Harrier on BirdForum TV